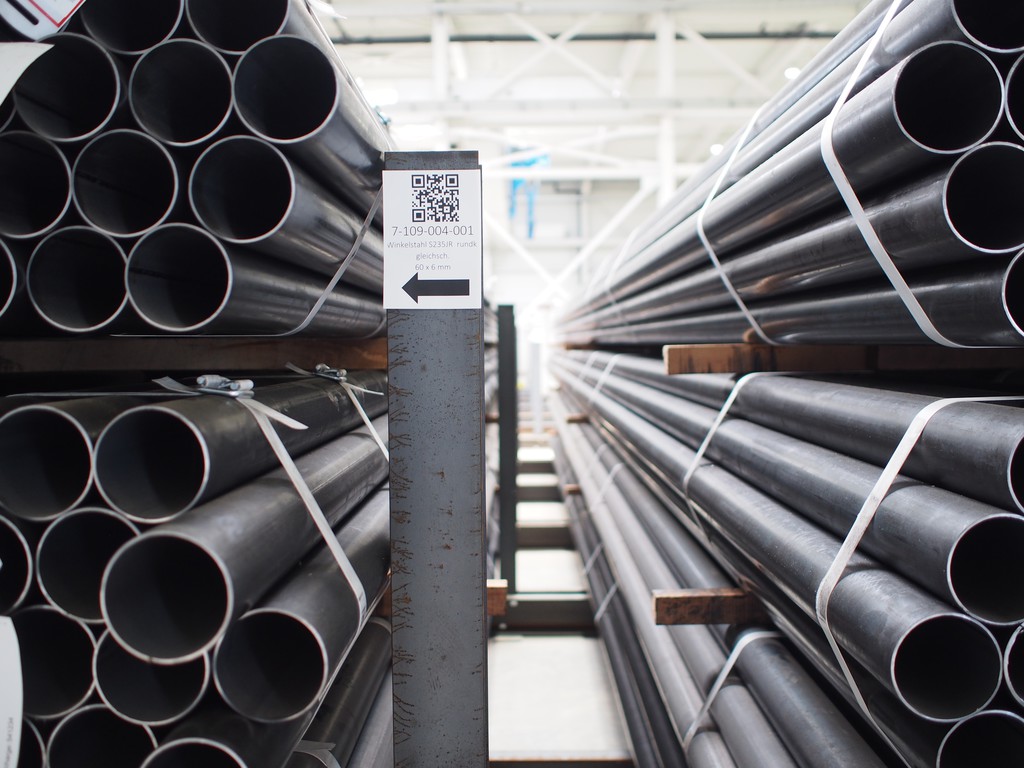 “We had a great range, but needed far too long to load the lorries,” says Eberhard Frick, managing partner of Friedrich Kicherer. A system was required which was faster than the existing stacking cradle system along with an expansion of the existing steel centre.

The firm built a new facility around a flexible, high-performance bar storage and distribution system from KASTO.

The new DC enables a turnover of 210,000 t of steel per year. Six KASTO automatic storage systems and 44 cranes optimise the processes. The storage experts installed the first of these in Ellwangen in 1995. Over many years of collaboration, this was supplemented by racking systems for tubes, stacking cradles for structural steel profiles, angles and boiler tubes, and a UNILINE 3.0 sheet metal store with 610 cassettes. These investments were mostly driven by the objective of expanding the range and providing faster deliveries. “Our experience with the KASTO systems has been positive throughout,” emphasises the director.

The loading time considerably reduced, as Hans-Jörg Frick explains: “Previously, our lorry drives through seven halls for loading. If everything goes well, this takes 75 minutes. The objective was to reduce the time to less than an hour.”

The KASTO solution is based on a UNICOMPACT storage system which, with a height of 15m and a length of 115m, has space for around 10,000 cassettes. Each cassette can accommodate material up to six metres in length and has a payload of up to 3.4 tonnes. Fast storage and retrieval is made possible by the five storage and retrieval machines (SRM) which are distributed over three aisles of racking. At the same time, the second SRM, as a slave in one racking aisle, undertakes predominantly storage and exchange orders between the honeycomb storage systems, sawing and secondary picking orders. The small approach dimensions of the storage and retrieval machine ensure that as much space as possible is used for storage purposes. The SRMs approach the storage locations at up to 180 m/m, thus making the bar stock speedily available at the output stations on the “goods-to-the-person” principle.

Directly connected to the system are three KASTOwin F bandsaw machines. In order to transport the picked materials to the loading station automatically, KASTO has installed two manipulators on separate rails. From these, the bar stock travels to one of 25 loading stations via a conveyor system. A station with a packaging machine is also provided for wrapping with stretch film. The system is designed for extremely high availability.

The Kicherer and KASTO IT departments jointly modelled all components of the new logistics systems in a unified software package. This is also a mobile version of the KASTOlogic Warehouse Management System.

As well as storage and picking, dispatch has also been incorporated, including a dispatch inspection system. “Every bundle that has been picked is scanned again on loading, and automatically marked as loaded in the material requirements planning software,” explains Kicherer IT expert Maximilian Utz. Every single step that the material in the warehouse has to take can therefore be viewed at any time. This simplifies operation, avoids errors, and enables Kicherer to ensure its high delivery quality and speed, even with a growing product range.

Kicherer estimates an eight year payback on the system.