The tense wait was over for individuals and companies alike this weekend, as the Fork Lift Truck Association announced the winners at its 20th annual Awards for Excellence. 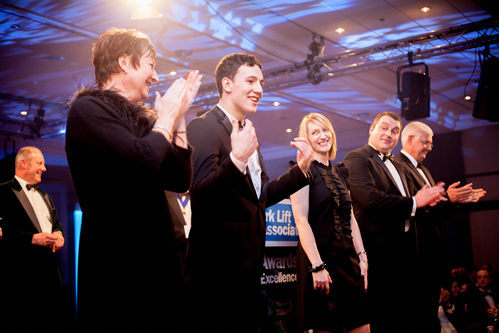 The Awards saw a sell out audience of key industry figures attending the Hilton Birmingham Metropole to discover who would be taking home an Archie – the materials handling industry’s most coveted prize. 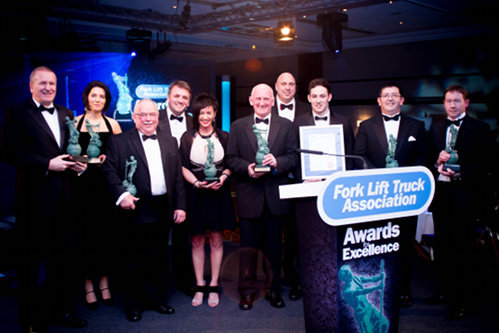 Matthew Connelly of Warrington-based H. G. Wood Lift Trucks received the Apprentice of the Year Award for his excellent work.

The highly sought-after and fiercely contested Supplier of the Year Award – voted for by Members of the FLTA – was finally secured by B & B Attachments.

Aberdeen-based Gray Forklift Services was named winner of the Customer Focus Award for its innovative, bespoke to solution to safety issues arising in pipe-handling applications in the oil and gas sector.

In recognition of the high calibre of entries in the product categories, the Association introduced a special one-off Jury Prize – voted for on the night by the nearly 400 guests present. In a live text vote, Crown Lift Trucks won for its Quick Pick Remote system, a wireless glove worn by FLT operators that allows them to control a truck’s movements from a distance.

Taylors of Harrogate was named "Safe Site”. Growing year on year, the business recognised the importance of re-evaluating its working practices. This resulted in the implementation of a new training structure that involves the complete workforce – making significant contributions towards a safe working environment for operators and those who work with and alongside them.

In a reception hosted by the President of the Association, Martyn Fletcher, the Birmingham based fork lift sale and hire company Abex Ltd were honoured as a 25 Year Member of the FLTA, one of the industry’s greatest marks of respect.

Since 1995, the Awards have served as a "Pick of the Year” for materials handling products and services, rewarding those who strive to raise standards throughout the fork lift truck industry.

Hosted by broadcaster Jonny Gould, Awards were presented through the course of the evening by representatives from each of the event’s Sponsors, including: B&B Attachments; BNP Paribas Leasing Solutions; Combilift; Doosan Industrial Vehicle UK; Interfit; Investec; PowerCell and Yale Europe Materials Handling.

Afterwards, the sell-out crowd networked and danced into the small hours with music from The Heavy Lifters. 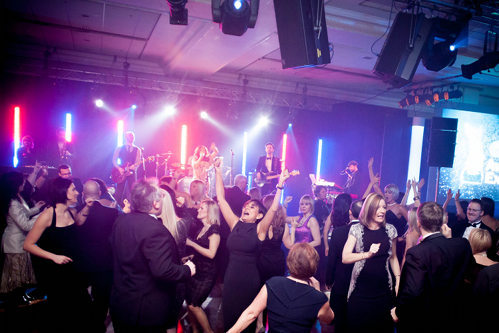 "The Awards for Excellence 2014 has been a huge success,” said FLTA chief executive Peter Harvey. "Over the past 20 years, the Awards has grown and flourished, while remaining true to its original purpose – encouraging and rewarding all that is great in the materials handling industry.

"Every one of the products and services in our ‘Pick of the Year’ represents a significant advance in fork lift truck development – ensuring that operations are safer, more efficient and with less impact on the environment. We are proud to recognise and reward such advances.”

Transport and logistics charity Transaid raised £8,360 on the night, including a £1,000 contribution from Bibby Finance. An auction hosted by compere Jonny Gould had a huge impact in boosting the amount raised by the charity. 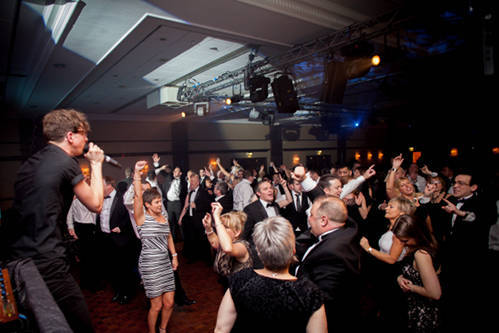 You can find out more in the Awards Special in the annual Forklifts, Attachments & Ancillaries supplement, which will be included with an upcoming issue of Handling & Storage Solutions - the media partner for the FLTA Awards.

You can find out more about the very strong field of Awards nominations now by looking at the Pick of the Year supplement produced by Handling & Storage Solutions, which is part of this issue of the magazine.