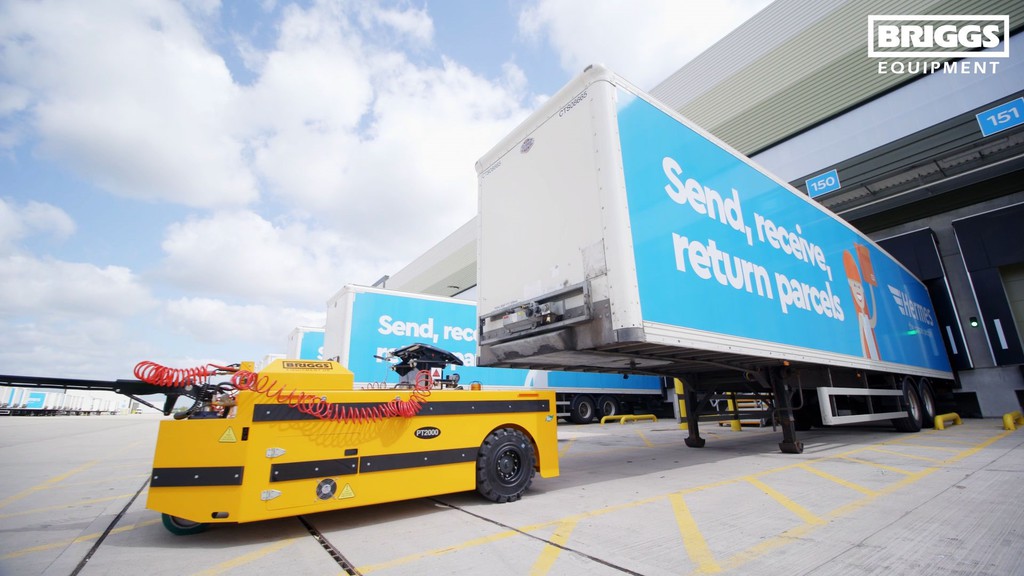 Briggs Equipment purchased the machines from Bradshaw, and Hermes lease the machines on a long term hire basis.

The mover is a fully electric pedestrian controlled vehicle, specifically designed for moving articulated lorry trailers up to 20 tonnes in both manufacturing and distribution applications. The PT2000 is said to have exceptional manoeuvrability, making it easy to operate and move trailers in and out of tight spaces.

The PT2000 provides a number of benefits to logistics operations. The key financial benefits include removing the cost of tractor units as well removing the increasing cost of labour with three drivers to cover a 24 hour shift. The estimated cost saving on using the PT2000 over traditional methods is up to 85%.

Since trialling one of the PT2000 machines at its site in Peterborough, Hermes has ordered an additional 14 machines. 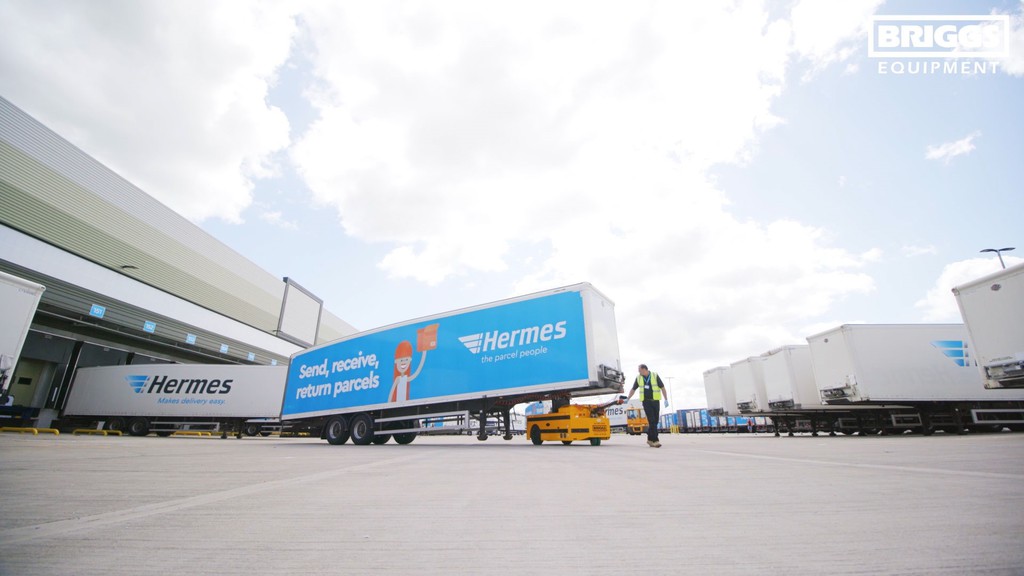 The machine has been developed in conjunction with Bradshaw and Hermes in response to Hermes requirements for a solution that did not rely on a driver being available to move the trailers. As Hermes are a 24 hour operation with 26 sites, the associated costs with ensuring a driver was always readily available meant hiring three drivers to cover each shift in a 24 hour period.

The impact of not having the ability to move trailers around the yard meant additional pressure on the nightshift to get customer’s parcels out in a timely manner which is particularly important as part of the service offered by Hermes is offering customers timed deliveries.

Terry Dunne, fleet maintenance and compliance manager (North), says: “I first had the idea when I saw the trailer manufacturer using them, given the challenges that we have within our depots it seemed like an ideal solution however there was clearly some work to be done to get that trailer mover up to specification for it to be suitable for our operation.”

The machine was trialled at the site in Peterborough, and adaptations were made during that period to ensure optimised suitability for the operation. During the trial an extra capacity lift was incorporated, an air compressor for the brakes, the magnetic camera attachments, spotlights to aid the operator when connecting towards the pinion of the trailer, and beacon and hazard lights for increased visibility.

The machine also withstood extreme weather conditions and enabled continuity of operation. Terry explained, “The machine in Peterborough was working perfectly, I had my concerns when the ‘Beast from the East’ came in February, however I was in contact with the site daily and it never slipped, it never slid, it never failed. Everything about it carried on as normal. No problem with the electrics, no problem with braking or traction it just absolutely dealt with the ground conditions and the cold and we had no problem at all.”

As well as providing flexible leasing and financing, Briggs 600 strong team of engineers are able to service and maintain the machines.

“The trailer mover gives us a better opportunity to meet the targets for customer deliveries and it helps to take the pressure off the depots further down the chain. Hermes customers are getting a better service as we are able to move the parcels efficiently and on time every time,” explains Terry. 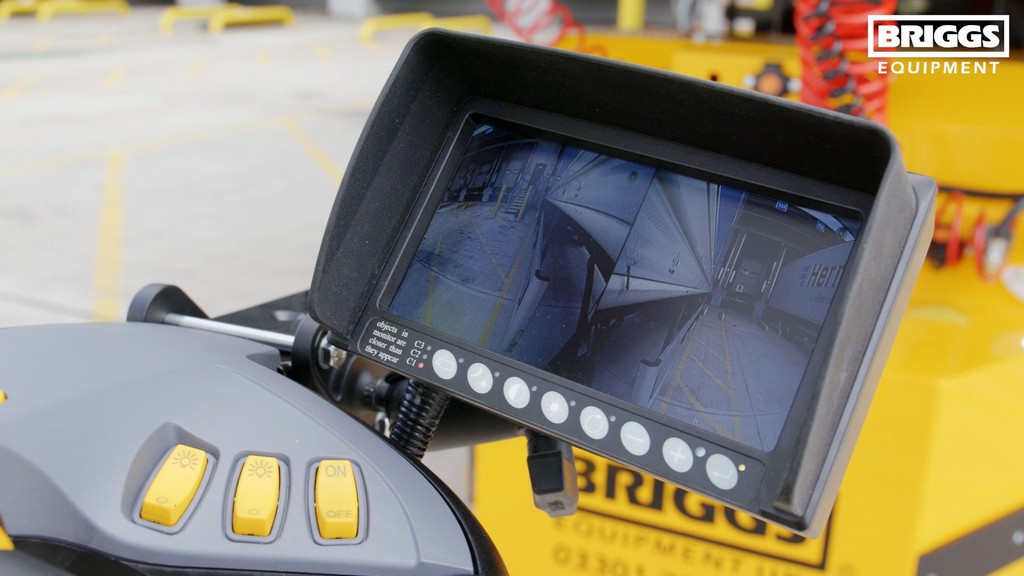