Flexibility at any price?

AMHSA argues a drop-off in low-cost migrant labour has exposed the soft underbelly of manual handling There was a time, a few years back, when the UK business community took a fairly blinkered view of automated mater 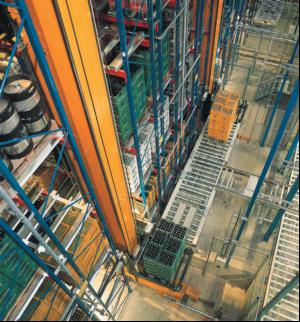 There was a time, a few years back, when the UK business community took a fairly blinkered view of automated materials handling, seeing it only as an investment for the very long term. This was especially true of third party logistics providers, who often had short contracts with their clients.

The focus was purely on the current bottom line, rather than future profitability, and having a very flexible labour force was seen as a key requirement. For many firms, this flexibility meant relying on the willingness of migrant workers to accept temporary and highly flexible terms. This situation was clearly going to be unsustainable in the longer term and the economic downturn has been the proof of this particular pudding.

The labour-intensive part of distribution has traditionally been order fulfilment - picking, processing and assembly - which represents over half of warehouse costs. Inefficiencies in either order picking or replenishment can cause bottlenecks and even collapse in the supply chain, with disastrous implications for the bottom line. The challenge for any distribution network is to deliver the right quantity of the right product at the right time.

This is key to maintaining customer loyalty and avoiding returns.

Poor prospects The recession has led to a slowing of the flow of flexible, low-cost migrant labour into the UK's workforce, and poor prospects here have caused many of the UK's existing migrant workers to consider moving back home.With many indigenous workers either too highly skilled for warehouse tasks or unwilling to undertake them, the gloomy economic situation has left those firms relying on a flexible labour force in a vulnerable position.

With fewer EU and other migrant workers available and insufficient local workers - even in a recession - to take their place, some firms are facing labour shortages and rising wage demands.

In short, the soft underbelly of manual handling has been fully exposed by the economic climate. Add to this situation the growing body of research in the field of ergonomics, which is lending support to calls for tighter legislation on manual handling, and the manual DC faces tough times indeed.

Meanwhile, firms with automated handling solutions have had some protection - in their supply chains at least - from the downturn. As well as avoiding the worst of the problems caused by seeping labour, businesses with automated logistics have benefited from having lower levels of inventory as global markets slid downwards. The true cost of stockholding is seriously underestimated by most firms. In a recession, having capital tied up in stock that isn't shifting can mean the difference between survival and collapse. But it's not just with regard to labour and inventory that automation holds a winning hand. In today's challenging distribution - with SKU proliferation and churn, multi-format retailing, the need for store-friendly deliveries, high transport costs, environmental concerns and a strong health and safety focus - the supply chain is under considerable pressure.

Automated handling, however, is inherently suited to meeting many of these demands.With automation, a reliable WMS is a given, so requirements such as store-friendly deliveries are relatively simple, with a high-rate sequencing engine in place.

Equally, ergonomic handling is not an issue when robots are programmed to pick heavy or awkward items, and the latest robotic heads can handle the majority of SKUs.

One size does not fit all What should firms with logistics left vulnerable by the recession do if they want to automate? Selection of the appropriate level of automation for your logistics operations depends on a number of factors including SKU range, picking rates, number of orders and types of order. It is important to remember that one size does not fit all - automated handling should only be applied to those parts of your logistics that actually suit automation. Generally speaking, as the degree of automation increases, so does the dynamism of the system, the investment cost and - most importantly - the pick rate.
MORE FROM THIS COMPANY
Send Enquiry
View Company Profile
RELATED ARTICLES