Industry has welcomed a steep rise in the Purchasing Managers' Index (PMI) relating to UK manufacturing. 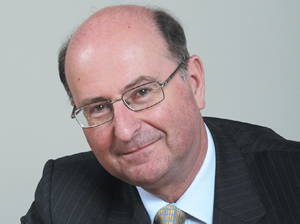 Industry has welcomed a steep rise in the Purchasing Managers' Index (PMI) relating to UK manufacturing.

The index produced by the Chartered Institute of Purchasing & Supply showed a 25 month high in December and was up to 54.1 from November's 51.8. Any figure above 50 represents growth.

BITA welcomed the positive implications of the latest figures and added that its own forecasting suggests that while GDP growth is expected to remain below trend for at least another year, the worst of the recession may be over.

â€œWe expect moderate growth in bookings for both counterbalance and warehouse trucks in 2010 and in the first quarter a backlog of orders from 2009 might boost shipments growth,â€ said James Clark, secretary general of BITA (pictured). â€œBoth bookings and shipments are expected to grow more strongly from 2011 onwards.â€

In addition, the PMI indicated that new orders were focused on the domestic market, with only a slight rise in new export orders, despite the recent weakness of the pound in relation to the euro.

Clark said this tallied with BITA's findings that despite the weakness in the pound, exports will increase modestly during the coming year. â€œIndeed few UK lift-truck manufacturers still have UK production sites, which means most UK lift truck sales offices are buying in foreign currency and have, in many cases, suffered detrimental effects due to the pound's weakness,â€ he said.

â€œHowever, there is a relative shortage of good secondhand equipment in the UK, because the exchange rate facilitates sale into Europe.â€

UKWA's chief executive officer, Roger Williams, added: â€œIn some cases UK manufacturers are benefiting from the weak pound, and there is even some talk of companies considering bringing back overseas manufacturing operations because it is now economically viable.â€
MORE FROM THIS COMPANY