Many lift truck buying decisions were delayed in a very challenging 2009, but what is in store for 2010? Simon Duddy asks a selection of manufacturers how they see the market developing 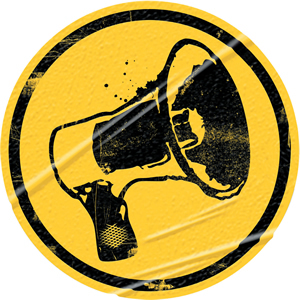 Many lift truck buying decisions were delayed in a very challenging 2009, but what is in store for 2010? Simon Duddy asks a selection of manufacturers how they see the market developing

Linde UK sales and marketing director Andrew Daly:
â€œWe think its going to be another tough year. A year ago when the downturn was 3 months in, people were saying that 2010 would see a recovery or even that the fourth quarter of 2009 would herald a recovery, but we haven't seen that at all.

I think we're looking at the second half of 2010 with more of a pickup in 2011. The key things we are hearing from customers are an emphasis on cost reduction and fleet efficiency and I don't see that changing in 2010 or 2011. Everyone's staring at another difficult year and customers are looking for ways to reduce costs and asking us to help. There is no feedback from customers saying they expect things to pick up.

We're training our people to ask customers what it is they are trying to achieve. Once we understand in detail their supply chain and material handing needs, we will look at what we have available to help meet those needs.

We are looking at short term rental units and used trucks and working them into a flexible offering for customers.

Stratos, Linde's fleet management tool, has been available for a number of years but it is coming into its own now. It helps customers look at most efficient warehouse design which helps them to make fleets as efficient as possible.â€

Translift Bendi md Simon Brown:
â€œCompanies have been dipping into the war chest all year and have not been seeing the profits they normally would. People are hanging on month to month and this can be dangerous.

My fear is when business turns up, they won't be in the same shape as they were prior to the recession.When they get the big order in that will finally save them, they will go to the banks to ask for finance and they'll say no. They will out-trade themselves.

Firms have got to do more than try to survive, they can't be bottom dwellers for too long. Credit terms are a danger point to look out for.

It is also tempting for the warehouse manager to cut back on softer elements such as training and health & safety but they need to be very mindful that if they cut back now, it will come back as a cost further down the line.

For us, there is optimism in the lift truck market. So many orders has been put off with customers opting for casual hires instead. This means the hire market is buoyant, but it stands to reason that customers will eventually start buying trucks again. We're also optimistic because we see the articulated truck as a way for customers to save money. People can use an articulated truck to store a pallet far cheaper than a reach truck or a VNA.â€

Jungheinrich UK md Hans-Herbert Schultz:
â€œ2009 was a tough year. The counterbalance segment was more affected than warehouse because of its heavy use in manufacturing.Warehouse also saw a sharp decline, but less.We also found the small user was quicker to turn the tap off than larger customers who work their trucks very hard.

We are reasonably optimistic about 2010, though it will not be easy.When you look at the general economic climate, the UK is one or two quarters behind other big European nations. I would say there could be a slight increase and this is more likely in the second half of 2010.

We haven't changed our strategy in response to the recession as we have a broad approach and strive to cover the whole market.

For example, Jungheinrich Group opened a central refurbishment facility in Dresden.We believe we are the only company to have such a facility in Europe. This initiative was started a few years ago so is not a response to the recession but is helping.We are finding more customers are considering used trucks, they can mix them into the fleet if they have the right product.

Combilift md Martin McVicar:
â€œWe are optimistic about the UK economy. There is not an oversupply of housing which is the case in the USA and Ireland, for example.We feel this will eventually create demand for materials and material handling.

We also see manufacturing doing well in the UK.With the British pound weakening against the euro, UK manufacturing seems to be expanding quite rapidly as it has become very competitive to export into mainland Europe.

That said, companies want to expand in a way that is most cost-effective, to ensure they have the best chance of retaining this competitive edge. Owners and managers now have more time to thoroughly analyse buying decisions.We see an opportunity for more solution products rather than commodity forklifts.

If a company is putting in a new extrusion line or timber saw, they want us to help them fit it into existing buildings and still carry out necessary material movements.

In the last year, forklifts sales dropped by about 50% compared to 2008. The market will maybe grow 20% from 2009 as a rough guess. In terms of the overall market, even when productivity gets back to 2007 levels, sales will not get back to that peak as fewer trucks will do the job, but more efficiently.â€

Doosan Infracore UK gm Tim Waples:
â€œWe're likely to see some improvement in 2010 but it is not going to be anywhere near enough to see us back to the levels of 2008.

It is hard to know if the signs we are seeing are a trend or a blip. We are putting significant emphasis on the economy line andwe feel we are fortunate to be able to offer a comprehensive product line at competitive rates and innovative finance packages to encourage those who are sitting on the fence.

Environmental issues are also increasingly a concern for customers. However, while some are keen to portray a responsible attitude they can find doing so expensive. This is a difficult dilemma for many customers, we can provide environmentally friendly products, but they come at a higher price. This puts manufacturers under pressure.

For example, there are shortages of engines that meet future environmental legislation, which manufacturers are currently building up for.We have to prepare in advance, in order to be ready as legislation applies.â€

Hyster md EAME Hans Seiger:
â€œThe UK market is bottoming out at the moment and we will see a subdued market continue for the first half of 2010 at least. There is a lot of pressure on heavy industry, a lot of industries have been hard hit, and we've seen clients move to renew and extend long term vehicle contracts, which is the bulk of UK business.

We also can't discount the possibility of a double-dip recession, possibly due to monetary developments. Companies still have to post 2009 figures, and the economy could also be hampered by unemployment.We are taking a wait-and-see approach as there are positives and negatives that could kick in.

For us, a boon has been the ability to re-market trucks to Europe as a result of the weak pound. In long term rental contracts, when the trucks come back to the dealers they have a considerable residual value. The conversion to euros when selling used trucks to the Euroland has paid off.

We also see clients increasingly looking at the solidity of their suppliers' finances and as a solidly financed company, we feel that
is in our favour.â€

Narrow Aisle Flexi sales & marketing director John Maguire:
â€œIn some respects the downturn can be seen as creating an opportunity for our company. As users are forced to look to make savings throughout their supply chain, the advantages of articulated trucks will become even more attractive. We detected an improvement over the last few months of 2009.

The demand for short term rental products has increased and we are seeing the return of some of the larger capital projects.

Another key trend is that the face of order picking in the warehouse is changing and higher throughputs, greater picking accuracy and increased emphasis on ground and first level picking are key goals for many developments. As a result, the type of equipment used is changing. In a lot of cases, high lift articulated trucks are replacing VNA man-up machines.â€
MORE FROM THIS COMPANY