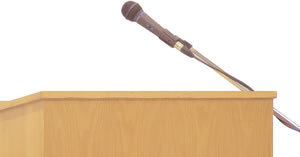 It is probably fair to say that logistics - and the transport and haulage sectors in particular - does not enjoy a positive public image. Lorries are seen by many as little more than motorway-clogging, ozone layer busters, while the two million white vans on our roads - and the white van men that drive them - have become little short of national hate figures.

Indeed, according to recent research by Skills for Logistics, if you ask the average person to describe someone employed in logistics and transport, they will portray an overweight, middle aged, right wing, white man.

As an industry we may complain that such caricatures are grossly unfair and point to the huge contribution that road haulage makes to the UK economy, but what exactly is the sector doing to improve the public's perception of it?
The answer, it would appear, is not much. The industry has tried in the past to improve its appeal but, in truth, previous 'make-over' efforts have been piecemeal, underfunded and rendered ineffective through lack of unanimity within the sector.
I believe there is little doubt the industry is in urgent need of a co-ordinated campaign that not only informs school and university leavers about the opportunities offered by a career in logistics, but educates society about the sector and makes an impact on our nation's policy makers.

If such a campaign is to stand any chance of success it will mean that some of the traditional barriers that exist between companies, trade associations, professional institutes and unions operating within the sector will have to come down and a unified approach to key areas of work adopted. Importantly, it will require dynamic leadership. On that latter point, it has always seemed to me that too many of our sector's leaders are bashful.

When was the last time someone from the logistics industry was Knighted? Where are the iconic leaders whose views and opinions leap out from the business pages of our daily newspapers?

Ours may not be an industry that encourages the cult of the individual but we need more leaders who are not inhibited when it comes to making the case for the sector.

There is no doubt that the logistics business deserves the respect of the nation. The industry is the fifth largest in the UK economy. It turns over £75 billion a year and employs 2.3 million people, which is 8 per cent of the total UK workforce. However, while the construction industry, which employs a similar number of workers, receives 13 per cent of publicly funded training, logistics receives under 2 per cent.

With sectors such as construction (and hairdressing!) continuing to receive a disproportionate amount of government money to fund training and development, the industry has every reason to feel aggrieved. However, we must not wallow in self pity and must do more to engage with the public if we are to improve our standing in the wider community.

We have an industry to be proud of. Let's share that pride with the rest of society.
MORE FROM THIS COMPANY