Geoff Dossetter says there is a convincing case for the introduction of longer and heavier lorries. But don't hold your breath... 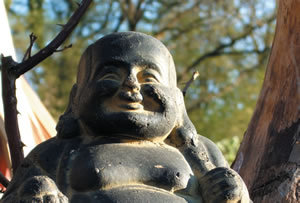 Geoff Dossetter says there is a convincing case for the introduction of longer and heavier lorries. But don't hold your breath...

A couple of years ago Dick Denby invited me to have a look at his famous 'Eco-Link' longer and heavier lorry performing its tricks off-road at a local airfield. Dick has long been an advocate for the introduction of longer, heavier vehicles (LHVs) on the grounds that loading more goods on to fewer vehicles can only bring advantages to the economy and the environment. And he has invested in the engineering development required to make them safe and sound.

Just before Christmas, Dick was in the national news. Frustrated by the Government's reluctance to the idea of trialling LHVs, and following substantial consultation with his legal advisers, he decided to attempt a trial of his own and announced his plans to take the 25.25m vehicle onto the public highway.

Sadly, as he left the yard,VOSA officials intervened, issued a prohibition notice, and the 'trial' was abandoned. At the time of writing Dick, and Denby Transport, live to fight another day and we await the next development.

Opponents, notably the rail lobby, suggest that the vehicles are dangerous, environmentally polluting and drive empty for most of the time anyway.

A frequent criticism by the rail freight lobby, and one which Dick Denby had to deal with during his media interviews following his failed 'trial', is that there is already too much empty running involved in road transport and using heavier lorries would just make it worse. The statistics suggest the figure is about 25 per cent and it probably is.While efficient lorry operators seek to work their vehicles at 100 per cent utilisation the plain fact is that it cannot always be done - petrol tankers go out full and come back empty. Dustcarts go out empty and come back full.

The case for LHVs is about moving more goods on fewer vehicles. This argument seems right for public transport, where big buses are regarded as efficient and rail freight, where moving a whole lot of goods on a single train is accepted, but for some reason it is rejected for lorries.

If, at 25 per cent, empty running is seen as an issue on lorries, why is not so on public transport and rail freight? I would guess that empty running on buses could be as much as 70 per cent. The door-to-door operation of road transport is, of course, a powerful argument for using this mode in preference to rail freight. The cost, time and energy involved in the need to move goods, by road, at either end of a prospective rail freight movement, mean that, generally speaking, it is more efficient to conduct the whole journey by road.

But, personally, I have yet to meet a transport manager who, if faced with the opportunity for a cheap, efficient, congestion-free and practical movement of his goods by rail, does not take advantage of it. In my experience there is no built in resistance to using rail freight, or any blind adherence to road. The name of the game is to use the most efficient mode for the job in hand - that is the role of the smart transport manager.

When the recession is over, and we see an increase in the movement of goods, without the provision of any new road space while we are paying off the banker's debts, we will need to look very carefully at the most efficient means of freight transport. Dick Denby's 25 metre lorry would not be welcome on the street where I live. But then again, he does not want to operate it there. The vehicles would only work on roads capable of accommodating them in the same way as they do in other parts of Europe and Scandinavia.

Blind prejudice, and an anti campaign based on dogma and not fact, mean that we are very unlikely to see the use of these vehicles in the foreseeable future.
MORE FROM THIS COMPANY
Send Enquiry
View Company Profile
RELATED ARTICLES