Weighty issues from the US

According to Avery Weigh-Tronix, pallet networks in the USA have been charging by weight rather than pallet size for more than four decades - a practice that could also result in savings for UK organisations. Don New 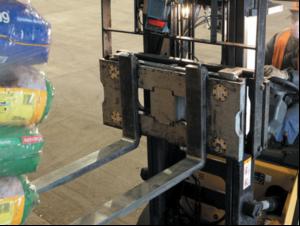 According to Avery Weigh-Tronix, pallet networks in the USA have been charging by weight rather than pallet size for more than four decades - a practice that could also result in savings for UK organisations.

Don Newell from the National Motor Freight Traffic Association (NMFTA) in the USA says: "When margins are tight, data is vital to help maintain profitability and stay legal.

Overloading is illegal, but equally in the face of high fuel costs it is uneconomic to run trucks that are not full. The answer is to weigh and record each shipment.

"If the weight of a shipment is mis-stated then the operator can correct the bill. This makes it far more likely that the shipper will be accurate with its declared weights and also allows the operator to recover revenue if they are not." Chris McAllister, product manager for Avery Weigh-Tronix agrees: "In a recent trial we found that 80% of pallets were under-declared for one UK operator. Simply weighing the pallets would have generated significantly more revenue.

"In the UK we charge in bands by pallet size, but these price brackets are still based on weight. By check weighing a load it might be upgraded from a half pallet to a three quarter pallet and earn the operator extra revenue. If the data exists then the shipper can hardly argue with the facts." He continues:"Based on several conversations with pallet networks in the UK there is a growing realisation of the need for accurate weight data, not only to prevent overloading, but also to recoup revenue.

"Already one operator has combined a forklift truck scale with barcode scanners as a track and trace system. It has also used RF technology so that the Forklift is not only a mobile scale, but can also transfer the data straight into the organisation's IT system.

"At the moment some operators weigh to ensure that outbound vehicles are not overloaded or significantly underloaded. This in itself can help recoup revenue. Surely the next step is to use weight as a means of fair charging. If nothing else it will overcome the common problem of shippers under-declaring their loads."
MORE FROM THIS COMPANY