As the first trial of a company director for gross negligence manslaughter hits the
headlines, James Tillyer of the Freight Transport Association says directors or owners
of companies need to ensure they lessen the risks 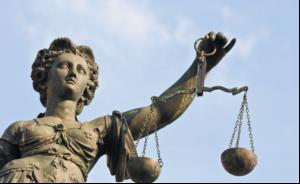 As the first trial of a company director for gross negligence manslaughter hits the
headlines, James Tillyer of the Freight Transport Association says directors or owners
of companies need to ensure they lessen the risks

In April 2008, the Corporate Manslaughter and Corporate
Homicide Act created a new offence of Corporate
Manslaughter in England,Wales and Northern Ireland,
(Corporate Homicide in Scotland). This was the result of over ten
years of campaigning to make it easier to prosecute large
organisations where death has resulted from the gross failings of
corporate management to adhere to their duty of care.


After all, owing to their ability to absorb modest financial
penalties without breaking into a sweat, large, affluent companies
should be given large, 'punitive' fines comparable with their size;
the logic being that tougher penalties will boost health and safety
standards. New sentencing guidelines now mean that convicted
companies are likely to face fines of £500,000 and upwards.


The law will make it easier for grossly negligent individuals to
be punished too, as it ties in with existing laws that mean
company directors and senior managers can be prosecuted under
the offence of Gross Negligence Manslaughter (with both
company director and company responsible for health and safety
offences).With the odds stacked higher than ever, all eyes will be
fixed on the outcome of the first corporate manslaughter trial,
which began on 23 February.


If convicted, this particular company director could be handed
a maximum sentence of life imprisonment having been charged
under Gross Negligence Manslaughter law. The accusation being
made in this particular case is of a 'gross breach' of duty following
the death of a junior employee when the sidewall of an excavated
pit collapsed while he was taking soil samples during a site survey.


The company director has also been charged with an offence
contrary to Section 37 of the Health and Safety at Work Act 1974.


The organisation itself has been charged with failing to discharge
a duty contrary to Section 33 of the HSW Act.


Although this is the first trial of its kind, it is important to
understand that it does not impose any new obligations or duties
on organisations. Organisations whose senior management
already properly manage their duties of care have nothing to fear.


In terms of health and safety offences, the Health and Safety
Executive (HSE) will only prosecute individuals in the most
serious of cases, and more often than not the HSE will focus on
the whole management chain rather than an individual.


The offence of Corporate Manslaughter only applies to
organisations; therefore a penalty of imprisonment is not
relevant. If found guilty an organisation can face an unlimited
fine, a remedial order, and a publicity order which compels
companies to publish statements about corporate manslaughter
convictions
However, Gross Negligence Manslaughter is more onerous and
a conviction could bring a maximum sentence of life imprisonment.


There are two key questions that determine whether an act of
corporate manslaughter and gross negligence manslaughter has
been committed. First, has there been a gross breach of a duty of
care? Secondly, did the way in which activities were managed or
organised by senior management represent a substantial element
of the breach. A duty of care is an obligation requiring an
organisation to take reasonable steps to protect a person's safety.


A breach is considered as being 'gross' if the alleged conduct falls
far below what can reasonably be expected of the organisation in
the circumstances.


In trying to reduce instances of corporate fatalities, the Health
and Safety Executive and the Crown Prosecution Service will be
focusing on higher risk industries, so, those in the transport and
warehousing sectors should take particular notice. However,
organisations which already properly organise and manage their
duty of care obligations should have nothing to fear from this
legislation.


Prevention is better than cure so it is a good idea to carry out a
review of your whole operation from the top down to check that
systems and processes are
considered best practice.
MORE FROM THIS COMPANY