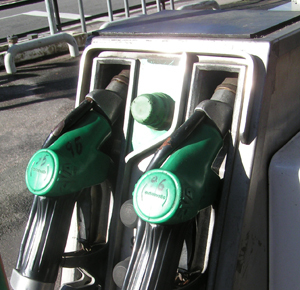 Instead of the expected inflation-busting rise of 3p in April, fuel duty rises of 1 pence per litre will be enforced in April, October and January 2011.

The FTA estimates this could save the logistics industry around £150m.

However, the FTA is dismayed that fuel duty is rising at all, warning that it jeopardises potential economic recovery.

The FTA's md of Policy and Communications James Hookham, said: â€œAny increase in fuel duty, which is an unavoidable business cost, is bad news for the economy in the long-term and a staggered approach will delay its inevitably detrimental effects.â€

The FTA also expressed disappointment that the fuel duty escalator, reintroduced in last year's Pre Budget Report, is to be extended by one year to 2014.

The association says the fuel duty increases are also compounded by the withdrawal of the biofuel differential, which was announced in November's pre-budget report.

The FTA estimates this will add up to a further 1.5ppl to the price of diesel.

The move is part of a Government shift away from first generation biofuel (or crops grown for fuel).

The duty differential of 20ppl will continue for biodiesel made from used cooking oils for two years.

Also announced in the budget, was an extra £100m for local road repairs and £285m for motorway improvements and expansion projects, such as allowing hard-shoulder running in busy times.

The Chartered Institute of Logistics and Transport in the UK (CILT), Chief Executive Steve Agg welcomed the extra cash.

â€œThe next Government must make sure that local government is adequately funded to maintain our highways networks: this will contribute towards Britain's economic and environmental objectives. Neglecting essential repairs now will store up problems and higher costs for the future,â€ he added.
MORE FROM THIS COMPANY