Derrick Potter has called on the Transport Secretary, Philip Hammond, to introduce a fuel duty stabiliser at the earliest opportunity. 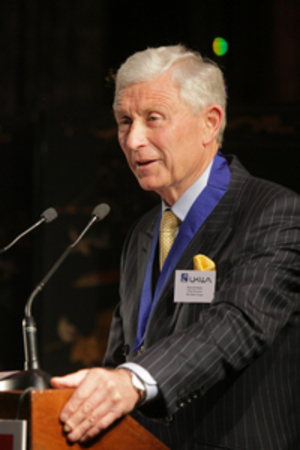 Derrick Potter, chairman of the United Kingdom Warehousing Association (UKWA) has called on the Transport Secretary, Philip Hammond, to fulfill the Conservative Party's pre-election pledge to introduce a fuel duty stabiliser, at the earliest opportunity.

In June's emergency budget, Chancellor George Osborne stated that the potential impact of the fuel duty stabiliser is to be the subject of an investigation - the results of which will be made known after the summer.

Speaking at the UKWA's recent AGM, held at London's Dorchester Hotel, Derrick Potter said: â€œWhile I welcome the investigation in to the fuel duty stabiliser scheme, the freight logistics industry needs decisive action if it is to be able to plan for the future with any kind of certainty.

â€œUnfortunately, some of the flagship policies of the pre-election Conservative manifesto appear to have been quietly dropped or at least diluted since the party's successful courtship of the Lib-Dems. It would be particularly regrettable if the Tories do not follow through with their pre-election commitment to a fair fuel stabiliser.â€

Derrick Potter also criticised the decision to go ahead with the planned increases in fuel duty announced by the last Government that are due to come in to effect in October this year and January 2011.

â€œThe price rises coupled with the increase in the rate of VAT will make it even harder for UK hauliers to be competitive with their foreign counterparts,â€ he said.

â€œThe fact is that the UK needs a strong haulage industry if it is to compete on the world stage. I hope the new Government has a better understanding of this than the previous administration.â€