The long term decline in manufacturing is undeniable but attitudes are the key to recovery, according to Kasto md Ernst Wagner. 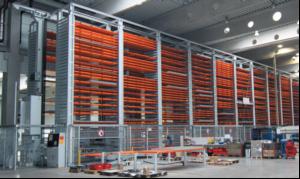 No one is saying the economic situation is great but Ernst Wagner, md of Kasto argues that the picture inside the heads of the movers and shakers in the UK manufacturing industry is often unnecessarily bleak.

Not that things haven't been challenging for Kasto. The company makes bespoke automated storage and sawing systems primarily for the metal manufacturing and distribution industries and the slowdown sawed chunks off its business. In 2009, sales in central Europe were down 30%, the UK went down by 42%, and the USA by 20%.

However,Wagner is frustrated that while some regions are quickly bouncing back, others are slower to grow.

"The market in the USA is growing extremely fast and is back to 2008 figures for our product. In contrast, there is a lethargy in the UK market, which is very sad as there is no need for it.

Companies in other countries are investing in the future and there is a danger that the UK could be left behind." This appears to be backed up by the stats. Kasto has installed 1,400 systems worldwide worth over £250,000, but the UK remains a virgin market with only 16 installed.Wagner argues this is in part a consequence of the prevalence of short term thinking in the UK. This disadvantages his product which is more expensive but promises long term cost savings.

"Maybe it is a cultural thing," continues Wagner. "The UK is not necessarily a country that plans for more than a couple of years, that is one the handicaps we've got. There are also a lot of PLCs in the UK, and they are looking for payback in one year." While not offering payback that quickly typically,Wagner is in no doubt that automated storage does long term good for companies and the country's competitiveness.

"We are trying to encourage the market to look at the bigger picture rather than opting for manual handling in a traditional racking based system. Using operators and forklifts is a very high cost way of moving material around and requires a high footprint. "You can only store to a limited safe height. The steel industry says 2m, some other industries say 6m. The third dimension is free when you have a warehouse. A Kasto solution will save you 50-60% of floor space." But with warehouse costs having spiraled downwards, surely space within the warehouse is not the issue it was during the boom years? Not so, says Wagner.

"This is an extremely expensive country in terms of the cost of land and of building, even with falling commercial prices in the last couple of years. It is still the hottest market, with the exception of Japan.

"This solution can help you to expand without acquiring land and it can be used to reduce overheads - let automation do the work.

"People say 'racking is cheap, it only cost me £200,000' but they don't factor in the 10 forklifts riding around. Our systems need only one truck at the end of the line," says Wagner.

The system includes a number of soft benefits which add to its value. Health and safety is boosted and there is less material damage because items are not picked. The system is based on cranes and brings items to the end of the line. The computer also pinpoints the location of material whereas in traditional warehouses, it can be more difficult to find and pick items.

Kasto's systems can accommodate anything long and cubic, including aircraft components, up to 8m long. The solution can carry up to 5 tonnes per location. A system can have 1000 locations.

The recession has had one beneficial impact, he says. Company involvement in projects and capital expenditure has moved steadily up the chain, making it easier to make a case based on long term cost savings as he says senior management are more likely to take a long term view.

"Five years ago companies would send middle management, now its director level. Before, it was more difficult, there was a danger that the message could be lost. The operations director and managing director take a more holistic view."
MORE FROM THIS COMPANY