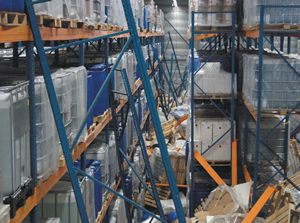 On a 200 unit site operating on a multi shift basis with 600 operatives, the annual cost of repairing damage to trucks is typically greater than £250,000, says Toyota. It rates potential consequential annual costs on buildings, goods and infrastructure to be up to £2.5m per annum.

In a bid to drive down the cost of damage, Toyota has been running its Pride in Performance (PIP) initiative, which has helped warehouse managers save significant sums, according to the company.

PIP involves the use of Toyota's fleet management tool I_Site, as well as measures to raise awareness and create a culture of responsibility in the warehouse. One tool deployed is the use of a standard measurement system for operatives based on a point scoring system. This provides a personal record of achievement for each driver.

After implementation of PIP, Toyota has reported falling noncontract costs for customers over the last five years. The data released by Toyota is:

Toyota will launch an initiative on PIP at IMHX.
MORE FROM THIS COMPANY