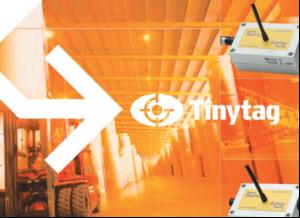 Novel datalogging technology is helping the UK's best known refrigerated transport company to assure customers in the food and pharmaceutical industries that their products are being stored and transported in perfect environmental conditions.

Since that time Igloo has employed over 40 of the loggers to record temperature within refrigerated vehicles, providing evidence that Igloo is conforming to the requirements of the company's pharmaceutical and food industry customers.

Following the launch of Gemini's new radio-enabled logger communication technology, Igloo incorporated a new system at its facilities in both Watford and Leeds.

Commenting on the benefits of the new equipment, Igloo md Alistair Turner says: "We are now able to view live temperature data from all of our cold rooms 24/7 from any computer anywhere in the world. However, the system also enables us to set alarms so that text and email alerts are issued to key staff if any of the temperatures start to deviate from the norm. As a result, we are able to deal with any problems before they occur." The Tinytag Radio System consists of a number of radio loggers connected wirelessly to a receiver. The receiver is connected to a central PC running Tinytag Explorer Radio software that continuously collects and stores data from the remote loggers.

The radio loggers work together in a mesh network, in which all the devices work together to send information to the central receiver. It allows for continuous connections and automatic reconfiguration around broken or blocked paths by hopping data from node to node until the destination is reached.

"The mesh network capability effectively means that we have found a way for radio to go around corners," says Gemini's Nigel Palmer. "The radios have a 200 metre range and sensor cables can extend up to 10 metres.

This means that the radio loggers can be mounted high above the sensor locations to maximise radio connectivity." The Tinytag radio loggers were first installed by Igloo in late summer 2010 and Alistair Turner has been delighted with the system. He says: "We chose Tinytags, following a trial of other products, because they proved extremely robust - able to withstand extremes of temperature and physical abuse. The simplicity of the new system meant that costs were very low; we simply installed the software, connected the receiver and mounted the radio loggers."
MORE FROM THIS COMPANY