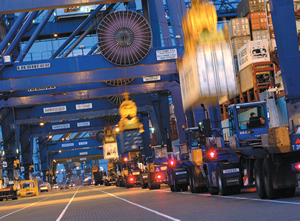 The committee called for the Government to produce a white paper outlining how spending on transport will deliver economic growth and development.

Labour MP, Louise Ellman, chair of the committee said: â€œWe welcome the coalition Government's commitment to undertake transport investment that will deliver sustainable growth and enterprise, including green industries, balanced across all sectors and in a manner that will reduce regional disparities.

â€œMinisters must however ensure that this vision for transport investment is backed up by a proactive and fully integrated economic development strategy. This is so far absent.â€

Ellman outlined the concerns voiced by MPs that the abolition of the regional tier of planning has created a vacuum that has left regions without the institutions and arrangements they need to plan and prioritise subnational transport schemes and other significant transport infrastructure.

Local Enterprise Partnerships and 'other arrangements'may be used to fill the transport gap but Ellman complained that many of these LEPs are either barely formed or have yet to be established.

â€œArrangements for transport - we have learned - may not be in place until the end of this Parliament,â€ she continued. â€œThis delay is likely to weaken decision making and widen the economic divisions between regions.â€

The report also argued the Government needs a stronger strategy for developing the UK's major ports and airports and must make the appraisal and decision-making process for transport developments more transparent.

FTA reaction
The Freight Transport Association backed the report and demanded that narrow sectional interests not be allowed to undermine plans for a national infrastructure plan to support a growing economy.

Malcolm Bingham, FTA's head of road network management policy, said: â€œYou can't have a healthy economy without a healthy transport infrastructure and at the moment there are parts of the network that are simply not designed with a growing economy in mind, especially in the north of England.

â€œThe fact that spending on national road schemes fell by 45 per cent last year and local authority budgets for capital schemes were slashed, shows that the Government needs to look more closely at its spending priorities.

â€œWe have seen time and time again the needs of the national transport interest subjugated by regional, narrow-focused concerns. We are talking essential supply chains thwarted by local small interests groups on a very local basis.

Intermodal freight terminals, for instance, could have a huge impact on the UK meeting its carbon reduction goals, but without a joined-up, big picture approach from government their future looks severely limited.â€

The FTA has long supported the call for strategic investment in transport and has criticised the Localism Bill giving local councils more say over planning decisions as bad news for UK transport infrastructure.

Bingham added: â€œFor the UK to compete on a European, much less global, level its international gateways must play a larger role in government infrastructure planning. Not only will this make UK PLC a better place to do business with, it will provide greater returns for domestic businesses. For example, greater planning around our ports would mean less congestion, which would be good news for port operators, hauliers, shippers and for the environment.

â€œIf planning proposals on schemes like rail freight terminals and truck stops are only considered at a local level and not looked at objectively then we are really missing a trick and doing harm to the economy.â€

The FTA drew attention to the plans to develop Parkside Colliery in Newton-le-Willows which was waylaid by local efforts to stall the work which ultimately made the project uneconomical for developers to proceed.

â€œWe support the recommendations and look to the Government to ensure that there is adequate provision particularly in the North which needs vital infrastructure improvement projects, like the Northern Hub, to be 'green lit',â€ Bingham concluded.
MORE FROM THIS COMPANY