Differing interpretations of ISPM 15 regulations had created problems for loads on some wooden pallets in China. 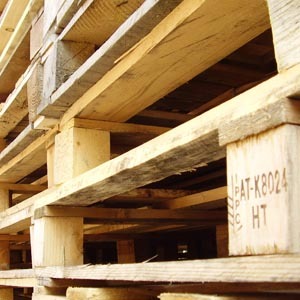 Differing interpretations of ISPM 15 regulations had created problems for loads on some wooden pallets in China.

The Timber Packaging and Pallet Confederation (TIMCON) welcomed China's confirmation that it is working in agreement with the European guidelines for the implementation of ISPM 15 regulations.  ISPM 15 affects all wood packaging material (pallets, crates, dunnages, etc.) requiring they be debarked and heat treated or fumigated and stamped with a mark of compliance.

According to a statement by the European Commission, â€œThe Chinese General Administration of Quality Supervision, Inspection and Quarantine (AQSIQ) agrees with the EU interpretation of ISPM 15, they will issue a notice to CIQs to clarify that wood packaging material ISPM compliant can be accepted even if its origin is not from the country of expedition.â€

The EC had sought clarification of how China was implementing ISPM 15 regulations after AQSIQ mistakenly began intercepting wood packaging material (WPM) where the ISPM 15 mark did not relate to the country of re-export.

Gil Covey, former TIMCON President and current President of FEFPEB, said: â€œTIMCON and its international counterpart organisations are very pleased this incident has been resolved quickly with this clarification from China. This incident demonstrates the importance of trade bodies and regulators being vigilant in monitoring the implementation of ISPM 15, so that we avoid unnecessary trade barriers appearing - and where this does occur immediate action is taken to challenge them.

â€œThe entire European wooden pallet and packaging industry is committed to complying with ISPM 15 in order to protect the world's forests and it is vital that all countries interpret the regulations on a consistent basis.â€

The EC advised UK exporters that the issue had been resolved with the Chinese authorities and, were they to occur, to report any cases where the movement of ISPM 15-compliant WPM was restricted in China.

Plastic pallet suppliers have warned that failure to comply with ISPM 15 can be costly for exporters, with non-compliance potentially leading to confiscated goods, missed delivery deadlines, or fines.

â€œWith international shipping costs to the US and Asia running at well over £2,000 per 1,000kg pallet, it makes sense to invest an extra £2 or £3 per pallet - often a tiny fraction of the value of the goods being exported - and buy plastic,â€ he said.
MORE FROM THIS COMPANY