Overall sales orders increased by 20% in 2011 compared to 2010. Powered pallet trucks were the strongest category with a 50% increase year-on-year. 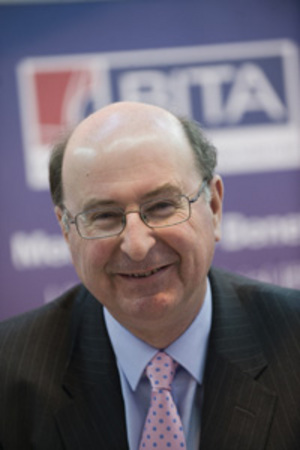 BITA (the British Industrial Truck Association) announced that sales orders for forklift trucks increased by 20% in 2011, continuing the recovery from the market low point two years ago.

As the sole provider of industrial truck sales statistics, which are contributed by (and only made available to) its members, BITA can reveal that 2011 saw particularly buoyant UK markets for engine counterbalance trucks and powered pallet trucks.

Engine counterbalance trucks accounted for more than a third of all orders, with 8,800 sales in 2011â€”a 26% increase year-on-year. The growth was driven chiefly by significant orders from the automotive and road haulage industries and the supply chain to the construction industry, along with a much-publicised renewal of several BITA members' own short-term hire fleets.

The powered pallet truck market, meanwhile, witnessed an impressive 50% year-on-year increase during 2011. This resulted from a combination of underlying market recovery for this type of truck, as well as several large individual orders. However, not all forklift classes saw a growth in unit orders last year. Fewer reach trucks, low-level order pickers and narrow-aisle trucks were ordered in 2011 compared to 2010.

Chair of BITA's Statistics Committee, David Miller, commented: â€œThese latest sales figures suggest that demand for industrial trucks, while still growing overall, is becoming more segmented than it was in 2010 when all forklift categories witnessed growth. This is to be expected given the cyclical nature of fleet replenishment and the fact that industry has now satisfied much of the pent-up demand that was released following the recessionary period.â€

James Clark, Secretary-General of BITA (pictured), added: â€œIt would be foolish to claim the general economic backdrop in the UK does not remain challenging, but there are many reasons to be positive for the year ahead. Warehouse and distribution centre capacity will expand to support planned supermarket store openings and the transition of other retailers to greater reliance on e-commerce. We may not see the same high levels of growth in forklift truck orders over the coming months that BITA members enjoyed in 2010 and 2011, but there is every reason to expect that market demand will continue to increase.â€

BITA's sales statistics provide an on-going illustration of market conditions. External overviews are published twice-yearly in February and September.
MORE FROM THIS COMPANY