Logistics delivers the goods despite challenges

The Logistics Report 2012, reviewing the state of the logistics sector over the past 12 months, was launched at the Commercial Vehicle Show on 25 April. 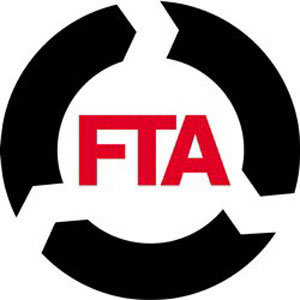 The Logistics Report 2012, reviewing the state of the logistics sector over the past 12 months, was launched at the Commercial Vehicle Show on 25 April.

The annual report brings together research and analysis from the Freight Transport Association and PwC, and was launched by FTA's Chief Executive Theo de Pencier.

The report focuses on the challenges, successes and progress within the logistics sector over the past year.

It includes a logistics dashboard, bringing together more than 50 indicators giving different perspectives on the industry and the performance of the wider economy.

The report is then split into five sections, the main areas of focus are: economy; political; safety and the environment; image and reputation; and emerging risks and opportunities.

With a prolonged downturn in the economy, the report reflects on difficulties felt in 2011 as well as discussing the challenges ahead and strategies for growth.

In a difficult period and with increased costs, the industry has continued to deliver high standards, contributed to reducing emissions and worked towards creating a safer environment.

With the weak economy an enormous issue for the industry, the price of fuel also continued to cause problems.

â€œThe truth is that during the worst economic conditions for generations, at a time of minimal growth and ever increasing and understandable customer pressure, our industry has risen to the challenge and is succeeding in delivering the goods with increased efficiency and at lower costs.

â€œThe Logistics Report 2012 reflects on how we have gone about dealing with these challenges during the last year.â€

â€œLooking ahead, the challenge will be for government and industry to work together to ensure the UK is a leading place to develop successful logistics businesses.

Investments in critical transport infrastructure and in developing a skilled workforce are imperative for international competitiveness and facilitating economic growth.â€

As well as focusing on the past year, the report also looks to the future.Â Demonstrating the importance of the industry remains a top priority for 2012 as well as fuel duty and facilitating the biggest event of the year - the Olympic and Paralympic Games.

Download the Report from here - http://tinyurl.com/cbmwxaf
MORE FROM THIS COMPANY