Forklift rentals are becoming a more strategic option due to the economic downturn rather than a stop-gap measure, says Neil Warren, Jungheinrich UK's Used Equipment and Short Term Rental Director. Short term rental has become a key part of the business model for many truck users. 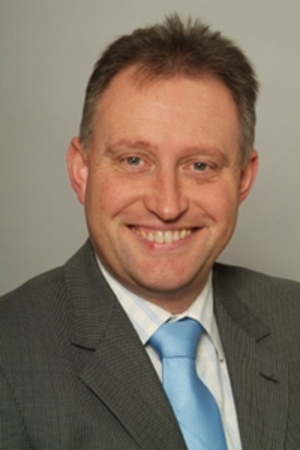 Forklift rentals are becoming a more strategic option due to the economic downturn rather than a stop-gap measure, says Neil Warren, Jungheinrich UK's Used Equipment and Short Term Rental Director. Short term rental has become a key part of the business model for many truck users.

According to statistics recently issued by international market research company, RedShift, some 10 per cent of the forklift trucks currently operating across Europe have been supplied on a short term rental contract.

Neil believes that the growth in the market for short term truck rental represents a trend among truck users and may soon rival long term contract rental and outright truck purchase as a user's preferred method of truck acquisition.

â€œThe upturn in the number of trucks entering the market on short term deals is being driven in part by the harsh economic situation,â€ he says.

â€œBut, paradoxically, as the economy emerges from the doldrums, I believe more businesses will be tempted by short term rental options to acquire the materials handling equipment needed to manage new contracts or cope with increased supply chain throughput.â€
Value options
While short term contracts have traditionally been perceived as being more expensive than more traditional truck acquisition methods, there is a strong economic and strategic business case for taking the short term option, Neil explains.

â€œWhereas, traditionally lift truck dealers have viewed rental fleets as emergency cover to replace malfunctioning trucks that cannot be repaired quickly or as a quick fix solution for established customers who need to cope with seasonal peaks, many lift truck users now see short term forklift rental as something more strategic - rather than a stop-gap measure. As a result, short term rental has become part of the business model for many truck users."

He continues: â€œA growing part of our business is from minimal term contracts - which give excellent pricing options and provide full flexibility. When compared to standard fixed term rental contracts of, say, five years, they represent excellent value for money. In particular, we have seen a notable uptake in this type of contract in the manufacturing sector - where, thanks to volatile economy, flexibility is key."

The company's UK fleet is now in excess of 2000 units and includes models from Jungheinrich's full range of warehouse and counterbalanced trucks as well as rough terrain vehicles supplied by Manitou. Trucks are available for next day delivery anywhere in the UK and are supplied and maintained from one of Jungheinrich's six regional rental locations.

While the average age of the trucks within the Jungheinrich fleet is two and half years, Neil cautions that many of the trucks supplied as short term hire machines by some suppliers lack quality due to their age profile.

â€œSome short term hire fleets are made-up of ex-contract hire trucks that simply aren't as reliable as they should be. The short term rental market is a little like the holiday car hire market and, if you deal with the wrong supplier, you can end up with the forklift equivalent of a ten year old banger with bare tyres and dodgy brakes!â€

Companies hiring trucks through Jungheinrich have the peace of mind that comes with the knowledge that their short term rental forklift is a state of the art machine that has been maintained to the highest standards.

â€œWe have a young fleet and, if anything does go wrong, our 500 nationwide service engineers are there to ensure that downtime is minimal,â€ says Neil.
MORE FROM THIS COMPANY