Kardex Remstar has released version 3.1 of its Power Pick WMS which is built on Microsoft architecture and offers an advanced pick display feature. 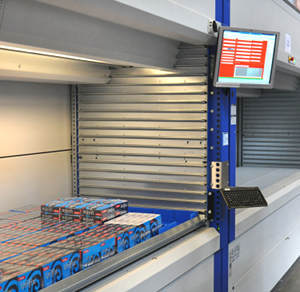 The software offers more than 45 different features in comparison with the previous software version, including other pick display and XML data exchange. The company says customers will profit from improved intralogistics processes and a modular and future-proof software architecture.

In contrast to numerous other warehouse management systems, Power Pick Global is based on Microsoft.net.

â€œThis way we achieve a much higher performance with computers that are based on Microsoft systems - usually the standard in today's logistics centres - than other software products that are based on other technologiesâ€œ, says Sebastian Thiesen, product manager for software at Kardex Remstar.

"The outcome is a much faster processing speed and faultless communication between the IT systems."

Advanced pick display
Another feature of Release 3.1 is the advanced pick display. Via monitors, the operator receives additional information on the items to be picked, for example, a photo of the product or a graphical view of the bin position.

"This inhouse solution by Kardex is now offered to our customers as a standard feature. It speeds up the picking process and prevents many mistakes and errors that usually occur during everyday operating routines. And on top of that, the principle is easy to understand, also for employees who speak other languages," says Thiesen.

The software is said to deliver a high degree of scalability of its modules, and can also be used with the standard storage systems of other manufacturers and used for the management of manually operated warehouses.

In addition, the software has interfaces to superior ERP- and host systems. All major picking/putting and communication technologies such as MDE, Pick-to-Light or RFID are integrated.
MORE FROM THIS COMPANY