Weichai Power and Kion Group will form a long-term strategic partnership, after the Chinese firm invests €738 million. The Kion Group owns forklift brands Linde and Still, among others. 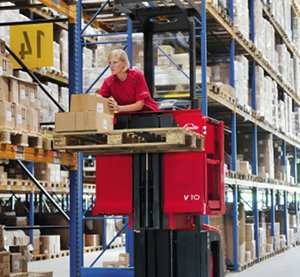 Chinese automotive and equipment manufacturing group Weichai Power is to become a further anchor investor and strategic partner of Kion. Core of the strategic partnership is a close cooperation in the field of material handling and hydraulic drive technology.

The agreement between Weichai Power, part of the Shandong Heavy Industry Group, and Kion, one of the world's leading manufacturers of industrial trucks and a global leader in hydraulic technology, was signed in Wiesbaden, Germany. The partnership is a landmark transaction as it is the largest Chinese direct investment in Germany to date.  Under the terms of the agreement, Weichai Power will invest a total of EUR 738 million: EUR 467 million to acquire a 25 percent stake in Kion via a capital increase and EUR 271 million for a 70 percent majority stake in Kion's hydraulics business.

Kion will use the proceeds to further strengthen its capital structure. Affiliates of KKR and Goldman Sachs Capital Partners will retain their existing investment in Kion and will not receive any proceeds from this transaction, and will continue their full support of Kion. In the event of a potential future IPO of Kion, Weichai Power has the option to increase its stake in Kion to 30 percent. Furthermore, Weichai has the right to further increase its stake in Kion's hydraulics business.