Sales orders for forklift trucks grew by more than 10% for the year to June 2012, according to BITA (the British Industrial Truck Association). 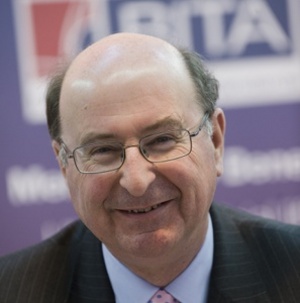 Sales orders for forklift trucks grew by more than 10% for the year to June 2012, according to BITA (the British Industrial Truck Association).

Sales of counterbalance trucks increased by 13.6% to 13,450 units. This was prompted by renewed investment, particularly from the manufacturing and building supply sectors and by forklift suppliers refreshing their own aging hire fleets, said BITA. Over the same period, the market for warehouse trucks increased by 7.7% to 13,350 units.

The upshot of the respective sales figures is that counterbalance trucks outsold warehouse trucks for the first time post-recession, albeit by just 100 units. This development was anticipated as sales of warehouse trucks recovered much quicker in the immediate aftermath of the economic crash, largely due to the resilience of the UK's retail sector which is a major user of powered pallet trucks and low level order pickers.

The overall recovery in lift truck orders in the UK over the past two and a half years has now brought order volumes back up to two-thirds of pre-recessionary levels.

James Clark, secretary general of BITA, said: â€œThe lift truck market continues to outperform other sectors and recording a 10% increase in sales demonstrates that our sector is in very good shape. The main impression is that the UK market continues to show the steady growth which has been a consistent feature since the recessionary low point of December 2009.

â€œOne feature that seems to be clear when looking at the UK market as a whole is that there are two distinct tiers visible. The top-tier, market-leading firms, whose customers tend to be distribution centres and supermarkets are doing the best in the current climate. The market followers who typically supply smaller industries are experiencing more of a challenge, primarily because their own customers are still struggling.â€
MORE FROM THIS COMPANY