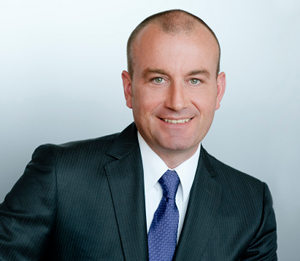 In line with its objective to be present in all major international markets by 2015, over the last two years, TGW has opened new offices in China, Brazil, Turkey, Switzerland and Denmark, contributing to a 64% increase in turnover since 2009. Headquartered in Wels, Austria, the company now employs 1,500 people across 14 subsidiary companies on three continents and operates production sites in Austria, the US and Brazil.

In the UK, TGW has grown from just three employees in 2007, to a €76 million business employing more than 80 people. In just five years, the UK has become TGW's second largest market after Germany, with customers including Bentley, Kimberly-Clark and Weetabix. To meet continued strong demand, especially from the retail sector, TGW recently announced plans to move into larger premises, creating at least 20 new jobs. Through its apprenticeship programme, the business is also investing in recruitment and training, with a particular focus on Design and PLC engineers.

Elsewhere, TGW has opened a second office in the US, is relocating its Brazilian subsidiary into larger premises and is expanding its head office in Austria to provide space for a further 200 employees by 2015.

TGW's president, Georg Kirchmayr said: â€œThe level of automation in Europe is already high, especially in the automotive and mechanical engineering industries and the focus is now shifting towards the retail sector, where automated solutions can help retailers meet the significant challenges associated with multi-channel fulfilment.

â€œBy contrast, the level of automation in the US is much lower, especially within warehousing operations, providing us with a major short term opportunity. Both Latin America and China also offer exciting opportunities in the medium to longer term.

â€œIn all cases, TGW has the know-how, the systems and the project competence to design and implement the most efficient intra-logistics solutions to help our customers get their products to the right place, at the right time and in the most cost-effective manner.â€
MORE FROM THIS COMPANY