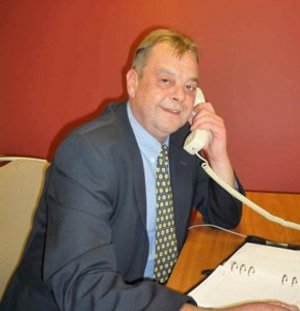 Shaun arrives at CFTS - the organisation which runs the fork lift truck industry's only national accreditation scheme for Thorough Examination - with more than three decades of engineering experience.

Shaun began his career serving HM Forces in the UK and abroad. As part of the Specialist Team Royal Engineers, he was involved in undertaking vital engineering work: from repairing airfields in the Falkland Islands to working on bridges in Sierra Leone.

Upon completing his military service in 1992, as a Corporal in the Plant Troop within the Corps of Royal Engineers, he began working in the materials handling industry. For the past 19 years, Shaun has worked as service manager for a mainstream dealer.

â€œHis understanding of the key issues affecting companies accredited to the CFTS scheme and their customers is as comprehensive as a CFTS Thorough Examination itself.â€

Working alongside CFTS technical manager Chas Day, Shaun will have specific responsibility for the Midlands, North of England and Scotland.

Shaun said: â€œThe number of CFTS accredited companies is continually growing - which, in turn, is clear proof of the success of the scheme. As a result, there are very many valuable members in these regions and I hope to have the opportunity to meet them all in the weeks and months ahead. It's a large area to cover, but eventually I will visit each and every one.â€

The CFTS scheme was developed specifically for fork lift trucks by the industry's leading bodies, the British Industrial Truck Association (BITA) and the Fork Lift Truck Association (FLTA), working closely with the Health & Safety Executive.
MORE FROM THIS COMPANY