The Freight Transport Association has welcomed the publication today (23 October) of a Parliamentary Bill that will introduce a charge for foreign-registered vehicles using UK roads. 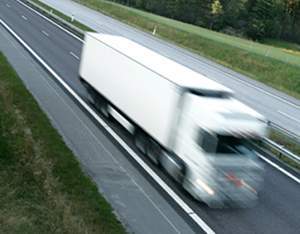 The Freight Transport Association has welcomed the publication today (23 October) of a Parliamentary Bill that will introduce a charge for foreign-registered vehicles using UK roads.

Under the HGV Road User Levy Bill all heavy goods vehicles of 12 tonnes and over will be required to pay a levy before being able to travel on UK roads.Â For UK operators the Bill confirms that this cost will be rebated through an equivalent reduction in Vehicle Excise Duty (VED).Â Operators of foreign registered vehicles will be required to pay the levy at a daily, weekly, monthly or annual rate, depending upon how long they intend their vehicles to remain in the country.

James Hookham, FTA's Managing Director of Policy & Communications said: â€œFTA has supported the idea of a charge on foreign vehicles for many years as a way of addressing at least partly the competitive differences between British registered operators and foreign-registered vehicles. However, there were important conditions attached to our support to avoid additional costs and burdens falling on UK operators, as the charge could not be applied to foreign vehicles alone. Today's Bill and supporting documentation seem to deliver on the three main demands that FTA put forward during consultations, so we are giving this the thumbs up at this stage."

FTA's three conditions of support, submitted in response to the consultation in January 2012 were:
â€¢ Condition 1: That the cost of the Levy must be fully recompensed for UK operators by an equivalent reduction in VED
FTA comment: The Bill makes explicit that VED will be the means by which rebates will be made, to make the overall scheme virtually cost-neutral for UK operators. The precise reductions in VED to bring this about will not be known until the Budget Statement in 2014 where they will be included as part of the Finance Bill.

An analysis published by the Department in February of this year showed that about 6,500 vehicles fell into bands where VED rates were already too low to fully offset the cost of the levy before the applicable EU minimum rate was reached. Of these about half were 28 tonne 2+2 articulated vehicles. In nearly all cases the additional cost could be reduced to less than £10 were vehicles to be down-plated into the next VED rate band.Â  FTA will be checking the detailed documents to ensure this option is still available and that no significant types of vehicle are unduly affected.

â€¢ Condition 2: That the cost and administrative burden of paying the Levy must be no greater than that involved in acquiring a VED disc
FTA comment: The Levy will be administered for UK operators by DVLA. The Bill makes clear that the Levy will be paid in a single transaction and for the same time period as VED, with Levy rates being calculated automatically.Â The 'single transaction' approach also means virtually no additional costs for DVLA. FTA will ensure that these aspects are incorporated into the DVLA Transformation project that is currently under way following the commitment to close local DVLA offices.

â€¢ Condition 3: There must be meaningful and financially significant penalties for operators that evade the charge.
FTA comment: The Bill sets out a detailed enforcement strategy for non-payment of the Levy and for mis-payment at the wrong rate.Â Because each payment will be vehicle specific, the Bill commits DVLA to using Automatic Number Plate Recognition (ANPR) cameras to target vehicles present in the country for which no Levy has been paid.Â There will be on-the-spot fines and a fine of up to £5,000 upon conviction in court.

Issues for resolution
The Bill has identified a number of other areas that FTA will be investigating further to ensure members' interests are protected.Â In particular:
â€¢Â How charging will work in Northern Ireland across the land border with the Republic of Ireland?
â€¢Â How will holders of Reduced Pollution Certificates be compensated through replacement grants?
â€¢Â Detailed arrangements have been announced for draw-bar combinations (rigid vehicle towing a trailer). FTA will work with members to understand the practicality of these arrangements.
â€¢Â What operators are using the types of vehicle where there will be a higher net charge than at present? In particular who operates the 28 tonne 2+2 artics?

James Hookham concluded: â€œOverall, we are pleased with the Government's plans to address this long-standing disparity between UK and foreign vehicle costs. Our main concerns seem to have been met and we will investigate further outstanding issues with members at FTA's National Council on 6 November.â€
MORE FROM THIS COMPANY