Toyota Industries and Cascade Corporation have entered into a definitive agreement under which Toyota will buy Cascade in a deal worth at $759 million (£470m). 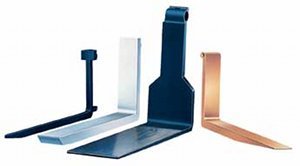 Toyota Industries and Cascade Corporation have entered into a definitive agreement under which Toyota will buy Cascade in a deal worth at $759 million (£470m).

Cascade is a leading international manufacturer and distributor of materials handling attachments and replacement parts for the lift truck and construction industries worldwide. Under the terms of the transaction, Cascade will become a wholly owned subsidiary of TICO.

The transaction will create a leading global materials handling business with a wider spectrum of products and a valuable platform for growth. Based in Japan, TICO is a leading leading manufacturer of lift trucks, with a robust product lineup.

Cascade's President and CEO, Robert C. Warren, Jr, will continue to lead the business after the closing of the transaction, and it will remain based in Fairview, Oregon.

Tetsuro Toyoda, TICO President and Representative Director, said: â€œCascade Corporation has a strong reputation for providing customers with the latest technology in materials handling attachments for lift trucks and is widely considered to be the innovative leader with high-quality, customizable products. We've long known Cascade as a reliable and world-class supplier to our materials handling business, and we look forward to better meeting our customers' logistical needs by broadening our lift truck business. We remain committed to serving all of Cascade's customers.â€

The purchase price represents a 23 percent premium over Cascade's volume-weighted average share price for the 60 days ending October 19, 2012. The transaction has been unanimously approved by the Boards of Directors of both TICO and Cascade.