Geoff Dossetter despairs at the high turnover of Transport Secretaries in Government, and puts his money where his mouth on the difficult but crucial transport decisions ahead 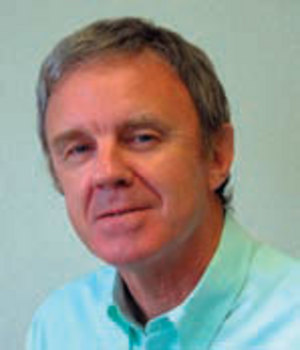 Geoff Dossetter despairs at the high turnover of Transport Secretaries in Government, and puts his money where his mouth on the difficult but crucial transport decisions ahead

For those readers interested in current affairs here is a little quiz. What do the following politicians have in common? Alistair Darling, Ruth Kelly, Philip Hammond, Geoff Hoon and Douglas Alexander.

Any ideas? If not, then try these as well - Stephen Byers, John Reid, Justine Greening, Andrew Adonis and John Prescott.

Getting there? How about Malcolm Rifkind, Sir George Young, Nicholas Ridley, Cecil Parkinson and Brian Mawhinney. Give up? The answer is that all of them, yes ALL of them, have been Secretary of State for Transport during the last 30 years. But not just them. Add in John MacGregor, Paul Channon, Tom King, David Howell, John Moore and the newest incumbent Patrick McLoughlin, together with Gavin Strang, Helen Liddell and Lord Gus Macdonald, and you have the full set of ministers sitting in the Cabinet with the prime transport job since 1983. That does not include all of the junior ministers, of which there are usually three or four at any one time and must run into hundreds, but just those top cats that sit in Cabinet and are responsible for UK transport matters.

Excluding Patrick McLoughlin who, fair enough, only arrived in September, that makes a total of 23 men and women over a period of less than 30 years. An average of just about 18 months each.

Of course, every organisation, every management structure, every board of directors and, OK, every government, will benefit from an injection of new blood, changed faces, fresh ideas and a different point of view from time to time.

But, for a job holding the responsibility for managing the nation's transport needs, moving passengers around, delivering the economy, road, rail, sea and air, providing an adequate infrastructure, safety and all the rest of it, indeed for contributing to the way of life for the whole population, surely an average of just 18 months is overdoing fresh thinking just a bit! Sadly, in the UK, transport has, for years and years, been taken rather too much for granted. Despite roads congestion we drive to, and reach, our destination. The railways are crowded but we arrive, sometimes on time. There are goods delivered to the supermarkets, and, in general, things work. And I guess that is reflected at Whitehall.

Successive Prime Ministers have seemed content to let transport just tick over. No Secretary of State is ever allowed to spend long enough in the job to be able to make mature and considered decisions on policy and investment before he or she is shuffled off to deal with something like foreign aid or the price of fish.

And even the knowhow of junior ministers is squandered. Last month, Roads Minister Mike Penning, a rare politician holding an HGV licence, and therefore qualified to make well considered judgements on our industry based on actual operational experience, was sent away to Northern Ireland after less than two and a half years at the Department for Transport. What a pity.

It sometimes seems to me that the transport brief goes to politicians who are either on the way up, on the way down, or for which it is a matter of convenience to keep them in the Cabinet, rather than demonstrating any flair, talent or even interest which they may have in the job.

Bearing in mind the billions of pounds of taxpayer's money (not enough - but still billions) at the disposal of the Transport Secretary, and the massive decisions required on the current agenda, then this is a job that simply must be given to a dedicated enthusiast allowed to spend some extensive time in getting to know the issues, the players, and all sides of the arguments. Not some, to quote Sir Robin Day, 'Transient, here today and gone tomorrow politician.' Lying in Patrick McLoughlin's in-tray at present are some pretty big issues - including Heathrow development or Thames Estuary new build; high speed rail or not; and increased infrastructure construction, notably roads. These are all of major transport importance, major environmental concern, and will each cost billions of pounds of current and future taxation. And, besides all of that, there is the small matter of day to day regulation and, relatively, low cost policy decisions regarding passengers, freight, cycling, mariners, aviation and all the rest of it.

I sometimes think back to our Victorian ancestors and marvel at the big ideas that they were visionary and brave enough to put into action. They constructed a national rail network. They built the sewerage systems vital for public health and sanitation. They created a manufacturing industry that exported to the whole world. And, speaking of the whole world, for good or ill, they colonised a big slug of it.

Sadly, at present, times are hard, money is short, and ambitions diminished. But, hold on, haven't we just organised and hosted the most successful Olympic Games ever.

In that spirit I would like to think that, if I were Secretary of State for Transport - gulp! - then I would have the confidence to go ahead with massive roads spending on the basis that it would eventually save on the estimated £25 billion per year wasted in congestion; I would reorganise, with the Treasury, all fuel and motoring taxation in order to create a road pricing scheme that would pay for the roads and influence congestion; I would go ahead with high speed rail on the same grounds that the Victorians went ahead with their network - because it's the future; and I would go ahead with a Heathrow development because, with the right planning, it is the best option for our essential international aviation needs.

I am unlikely to get the job. However, I hear Sebastian Coe is looking for something to do now that London 2012 is over. 'Lord Coe, Secretary of State for Transport.' Now there's a thought. But, of course, he was in his last job for eight years - so I'd guess that 18 months maybe wouldn't suit him. What a shame.
MORE FROM THIS COMPANY
Send Enquiry
View Company Profile
RELATED ARTICLES