Bid made to entice military leavers

Skills for Logistics (SfL) has launched a pilot scheme to attract military personnel into the logistics industry. 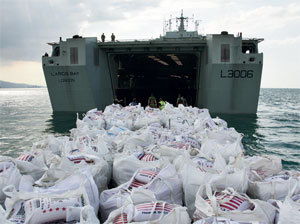 Skills for Logistics (SfL) has launched a pilot scheme to attract military personnel into the logistics industry.

The Military Work Placement Scheme runs until next March and aims to offer 1,000 people leaving the military two week work placements with logistics firms. The pilot is funded by the Government and SfL hopes industry will fund the continuation of the scheme after March 2013.

Those on the scheme would be guaranteed a job interview, although a job itself is not guaranteed. Pre-launch, 50 logistics employers had already signed up to the scheme, making 1,200 requests for placement.

Peter Murphy, commercial director at Skills for Logistics reckons up to 20,000 military personnel could be available for work in civilian life per annum, and hopes that a significant number of those can be attracted into the logistics sector.

SfL's research states that the logistics industry will need to recruit up to 500,000 people over the next five years, with 44% of the present workforce aged 45 or over.

As well as the pull factor, as logistics firms seek to entice high quality military personnel into the logistics industry, there is a significant push factor.

Cuts to military budgets mean that the rate at which service personnel leave the forces will increase. The military has a longstanding programme for managing the transition of service personnel into civilian life, and this is actively engaged with SfL.

The launch was attended by Stephen Hammond MP, Parliamentary Under- Secretary of State for Transport. â€œThe armed forces has training, qualifications and experience that is second to none, and there is no better place to showcase those skills than in the logistics industry,â€ he said.

Current vacancies include all types of warehouse, traffic office, freight forwarding, driving and operative work, from the shop floor to all levels of management.

Companies involved in the scheme appear skewed towards the high end with the likes of Kuehne + Nagel, Allied Bakeries, Wincanton, Boots and Next involved.

However, SfL is equally keen to involve smaller companies. Indeed, feedback from military personnel in their last year of service at the launch event suggested that many of those leaving the armed forces were happy to consider working for smaller companies as they believed that afforded the opportunity to make a greater impact.

For more information go to www.logisticsguild.net
MORE FROM THIS COMPANY