Home >The small problem of the big idea
ARTICLE

The small problem of the big idea

Swisslog Innovation Manager, Mike Hatrick, spends more of his time than most thinking about the next big idea. 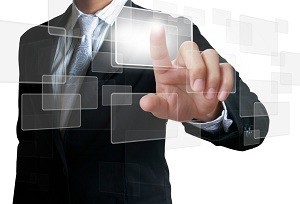 Swisslog Innovation Manager, Mike Hatrick, spends more of his time than most thinking about the next big idea. Perhaps surprisingly he sees the idea itself as only part of the problem.

â€œThe paradox is that it is comparatively easy to have ideas,â€ says Mike. So is our idea of the 'Eureka!' moment obscuring the reality of hard work and careful planning. Or is there some other reason why bringing the big idea to fruition can be fraught with difficulty?

With all of its technological advances, the 'Information Age' has fundamentally changed the world of work forever. Innovation was once based on technology and, quality and cost. Now, it's about taking corporate organizations that were built for efficiency and rewiring them for creativity and growth. From this revolution, businesses of all sizes now must innovate and then innovate again if they want to stay ahead of the game.

The paradox is that it is comparatively easy to have ideas. And With the right environment and encouragement almost everybody comes-up with lots of ideas. Yet in most organizations creativity isn't exactly flourishing, with managers constantly scrambling to come up with ways to raise the productivity of their innovation efforts within their company.

Converting an idea into an innovation is hard work, with increased pressure on technology innovators to show that new products not only do what's claimed, safely and effectively, but also that they are cost-effective relative to competing products, whilst also meeting an organisations business objectives.

It can also been seen as risky. What seemed like a good idea when first thought of, often doesn't look so good when you try to develop it or market it. Take Dean Kamen's gyroscopic Segway scooter. Just a few years ago, it was being heralded as the answer to the world's transportation woes, a device that would lead to a redesign of entire cities! The idea seems vaguely ridiculous now.

Once somebody experiences such failure they are often reluctant to try it again. They might be embarrassed, feeling accused of wasting resources, or have self-doubt. This is described as the classic â€œfear of failureâ€ that afflicts so many people.

That mind-set is reinforced if the experience is repeated, therefore the most experienced people are also the worst sufferers. These are the leaders, decision makers and mentors in an organization. No matter how innovative they want to be, such an organization is likely to be risk averse.

Making Innovation Easier
One factor that is important to accept is that innovation is never easy.
But we can also observe and agree that some organizations are more innovative than others. How do they do that?

One answer is by having a corporate culture in place that allows innovation to flourish. This is easy to say yet difficult to achieve, partly because the key aspects of such a culture are difficult to define, and partly because you cannot simply create a culture, it has to be nurtured and grown over a period of time.

The culture can include structural elements such as a stringent innovation process, external collaborations, idea management platforms, and budgeting. Human resource elements such as recruiting the right talent and exhibiting the right leadership behaviours. It also includes elements that are often considered to be nice to have and not critical, such as an inspiring workplace environment.

Another key element is an organisation's tolerance to failure. One way to improve that is to have better ideas.

How Do You Get Better Ideas?
One method is described by Tim Brown in his Harvard Business Review article in June 2008 when writing about Thomas Edison and the lightbulb; â€œThus Edison's genius lay in his ability to conceive of a fully developed marketplace, not simply a discrete device. He was able to envision how people would want to use what he made, and he engineered toward that insightâ€.

In other words it's about much more than new products. In this case the idea wasn't just the lightbulb, it was something much bigger than that, it's about reinventing a company's business processes and building entirely new markets.

Edison managed to keep the fragile idea of the lightbulb alive long enough that he could develop the wider and deeper proposal around it.

Design Thinking Put into Practice
In his article Tim Brown goes on to describe that Edison's approach is what we now call â€œdesign thinkingâ€, and he talks about â€œgetting beneath the surfaceâ€ to really understand customer pain points and to gain insights which lead to better ideas.

Getting good consumer insight has never been easier. Blogs and online communities now make it easier to know what customers are thinking. The potential anonymity of the internet, it could be argued, may also result in more honest feedback that having face to face meeting with customers. You need time, just thinking time, to step out of the day to day to see what's going on in the world and what's going on with your customers."

In the intralogistics industry there has been a tendency to limit innovative thinking to inside the warehouse or distribution centre, in other words â€œinside the boxâ€. This has led to focus on the technology, equipment and software driving ever-improving efficiencies and return on investment.

External forces are causing this to change however. Even in the food and beverage area consumer buying habits move rapidly towards ever-higher levels of convenience through purchasing either online or in smaller stores inside cities.

These changes put pressure on the entire supply chain and intralogistics providers must embrace this change by thinking outside the warehouse and DC, or we could say â€œoutside the boxâ€, to ensure they play their part in providing efficient, flexible and sustainable supply chain solutions for the future.

Perhaps we can learn from a innovation master. Each time German car manufacturer BMW begins developing a new car, the project's team members, around 300 staffers from engineering to design, production to marketing, through to purchasing and finance gather together from around the world to the auto maker's Research and Innovation Center, known as FIZ, for up to three years!

Such close proximity helps speed up innovations, with face-to-face meetings allowing different departments to think outside their own box, and welcomes different points of view. This also prevents late-stage conflicts between the different departments, resulting in quicker product development.

Making innovation work for you can prove a tricky business, but with planning and understanding, it can transform the future of just about any company.
MORE FROM THIS COMPANY