What are you waiting for?

Don't risk missing out on the event of the year. The FLTA Awards for Excellence takes places at Birmingham's Hilton Metropole Hotel on the 16th of February. 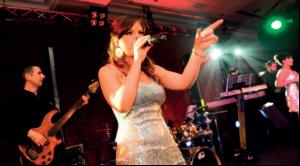 Don't risk missing out on the event of the year. The FLTA Awards for Excellence takes places at Birmingham's Hilton Metropole Hotel on the 16th of February.

The fork lift industry's high hopes for 2013 are sure to be reflected in its sparkling annual celebration of achievement on the 16th of February. Tickets for the Fork Lift Truck Association Awards for Excellence are on sale now and the organisers are keen that no one should miss out on the fun.

Last year, all tickets for the Awards gathering at Birmingham's Hilton Metropole Hotel sold out well before the event. The message is: book now before it's too late!

Miss out on what? If you have never attended before, ask someone who has. You will be hard pushed to find anyone who wasn't impressed, inspired and above all  richly entertained by the experience. If you are one of the many who attend every year, you already know it's an unmissable highlight of the social and business calendar; which is all the more reason to make sure you book your place quickly.

As well as a professionally staged Awards ceremony, the programme features a mix of music, dancing, lavish food and drink, excitement and laughter all in the company of like-minded people who are lively to say the least.

Meeting up with old friends and colleagues, making new contacts and getting to know people better is another important part of the evening's appeal.

Whether that leads to new business or, just as valuably, starting or building friendships, you will certainly gain something from this unique networking opportunity.

Here is the newsâ€¦ Adding extra gravitas as well as glamour to this year's ceremony will be respected journalist and TV news presenter Emma Crosby â€" best known these days for fronting 5 News.

A familiar face to viewers, Emma has a career which has already spanned BBC News, CNBC, Sky News and GMTV. At 5 News, where she was live on air as the terrorist attack on Glasgow Airport unfolded, her anchoring helped the channel to win a BAFTA Award.

At Awards 2013 she will be involved in breaking news of different kind, as she announces the Finalists and takes part in the presentations.

For your musical entertainment â€" and back by popular demand â€" the FLTA has turned to John Oliver's 'LIVE!'. This eleven-piece band, featuring four dynamic vocalists and a thrilling brass section, kept the dance floor absolutely packed last time with its blistering performance. Also on the bill is Miss 60s, whose electrifying show pays tribute to the female singers of that golden decade â€" from Dusty Springfield to Janis Joplin.

Book a table â€" and a room Bookings can be made online via the FLTA website, or alternatively you can ask the FLTA office for a form. They are normally for tables of ten, but the organisers also provide a 'matchmaking' service for smaller groups and individuals.

So you can come as a couple, as a foursomeâ€¦ or any grouping you fancy.

Awards 2013 is an event that you won't want to end. If you book a room at the Hilton, you can carry on enjoying the party all nightâ€¦ then meet up again for breakfast. This year the FLTA has negotiated an extremely attractive discount on room rates, so staying over has become a much more affordable option. Again, bookings can be made via the FLTA website.For full details, and to book your place at Awards 2013, visit www.fork-truck.org.uk.

Handling & Storage Solutions is media partner for the event.
MORE FROM THIS COMPANY