The hub and spoke spin

It seems amazing but the widespread use of pallet networks in logistics is relatively new. Its remarkable success has aided UK distribution, elevated customer expectation, and helped to prop up stressed hauliers struggling with low margins, mounting costs and recession. Geoff Dossetter investigates. 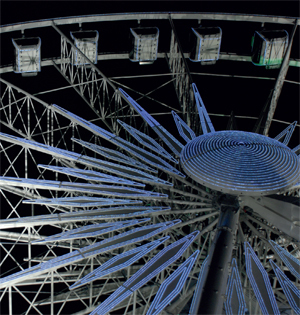 It seems amazing but the widespread use of pallet networks in logistics is relatively new. Its remarkable success has aided UK distribution, elevated customer expectation, and helped to prop up stressed hauliers struggling with low margins, mounting costs and recession. Geoff Dossetter investigates.

For every business the key trick is to ensure that there is a regular throughput of work sufficient to service all of the operating costs, to take care of the customer's requirements and, hopefully, at the end of the day, leave an extra bit for development, expansion and profit.

In logistics this fundamental process is complicated by the very nature of the operation itself the movement of goods from one place to another, sometimes close to home, but very often hundreds of miles apart. The continuous and inevitable displacement of plant and labour is not a problem shared by most industries.

It is all very well having a customer who provides a full lorry load of goods to take from London to Glasgow. But the cost of the job, and the bill to the customer, obviously has to reflect the need to bring the lorry and its driver back from Glasgow to London. That means the need for the availability of a return load, preferably a full load, but hopefully something, anything, to avoid the empty run and its inevitable cost penalty, and to enable the provision of a competitive price sufficient to beat off the rivals.

Of course, the ideal situation is two way traffic - a full load out and a full load back.

But that is not always possible. The nationalisation of the road haulage industry shortly after the Second World War represented an attempt to deal with this problem. The plan was that a state organised industry would have the ability to dictate traffic and loadings to specific operators and to see to it that empty running was reduced, costs were cut and efficiency was increased. Sadly it failed, and a few short years later the sector reverted to private business and the search for maximum loadings continued.

Co-operative schemes and clubs have always existed but their operation received a boost in the 1970s and 1980s with the arrival of computerised agencies which offered delivery and return loads for both regular and spot business, in preference to the need to phone a bloke I know to see if he had any available business. The growth of computerised information helped both to load vehicles more efficiently and cut operating costs. But if the problems of finding a full return load were not difficult enough then the complications for moving a smaller load, perhaps as little as a single pallet, were sometimes even greater.

How strange then that such a sophisticated and operationally smart industry as logistics, the sector which, quite literally, delivered the economy, waited until the beginning of the 1990s in order to create what is now a fundamental standard of distribution - the pallet network. Especially strange when considering that the hub and spoke scheme had been operated by the parcels industry for decades before its potential for larger consignments was recognised.

In 2013 the idea of a hub and spoke distribution network seems pretty obvious. But it was revolutionary when it was born just 20 years ago. The scheme requires professional haulage operators to join together as members of a network of distribution which enables goods to be distributed on a nationwide basis providing a next day service. In essence, a cooperative ideal.

Individual companies collect and deliver palletised freight in their own geographical area and consolidate loads for onward delivery to other areas. These loads are moved to central distribution hubs where they are sorted and cross docked for onwards movement to another part of the country. As such, a lorry brings goods into the hub and is backloaded to its own territory carrying freight which has come from elsewhere. The consequence is that loadings are more efficient, costs are reduced, deliveries are speeded and much of the work can be carried out overnight when the roads are less congested.

The creation and growth of the UKâ€™s motorway network was heaven sent for such a scheme and, not surprisingly, a look at the operation of the networks finds many of their key sites located in the Midlands, with nearby access to the major routes â€" M1, M5, M6, M40. And the scheme has expanded further into Europe operating the same fundamental principles. It is clearly here to stay and, despite its recent origins, is an elegant addition to a sophisticated industry.

Surprisingly, the success of the pallet networks has not been reflected in the national statistics for empty running. The issue remains the favourite complaint from the sector's critics who, quite daftly, seem to think that lorry operators enjoy wasting time, fuel, money and labour in running under laden vehicles at excessive costs. For almost 40 years Department for Transport statistics record empty lorry running at around 25 per cent. Despite the high cost of fuel, despite increased operating costs, despite the need to increase profit margins, and despite the growth of pallet networks, empty running amounts to 25 per cent. It is a mystery to me!

But the pallet network system is a winner which will only increase its efficiency with the growth of increasingly smart IT and the development of the sophisticated hubs at the very heart of the process.

The future for pallet networks is rosy. It is a concept which suits users & customers, suits the environment and suits the greater economy. It is here to stay and the only mystery is why it took so long to establish.
MORE FROM THIS COMPANY