Yale adds an ergonomic scissor lift model to its MO series of low level order pickers and used IMHX to announce the launch later this year of its new reach truck, which will be broadcast live globally. 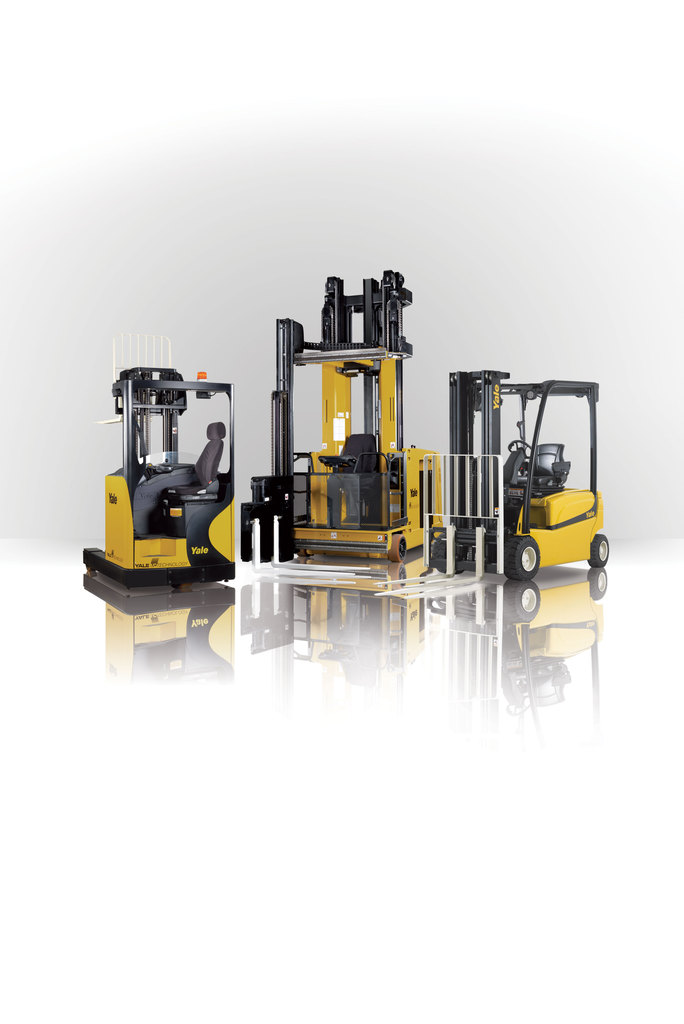 The scissor mechanism on the MO20P will help reduce fatigue for operators who are picking heavy or bulky case picks at heights up to 690 mm. Operators handling double euro pallets will experience a significant benefit through the reduction of constant bending and stretching.

Common to all Yale MO series low level order pickers is the scooter control unit with finger-tip control and electric steering. This allows the operator to remain within the footprint of the truck, reducing operator fatigue and contributing to greater personal protection.

A large platform with open accessibility allows operators to easily step through the truck to pick from both sides, without having to walk around the truck or pallet when required to access loads from both sides of the aisle. The complete platform floor area acts as a presence sensor. This permits the operator to drive the truck in whatever standing position is most comfortable. A soft-touch back rest and shock absorbing platform mat further enhance the operating experience.

The side-mounted controls can be used as an alternative to those in the driving compartment. They allow the operator to walk alongside the pallet when picks are in adjacent bays, reducing the number of ‘off’ ‘on’ and ‘lift’, ’lower’ operations the operator has to make, which contributes significantly to reducing operator fatigue and increasing productivity.

With a powerful, high thermal capacity, AC traction motor, and a DC lift motor the MO20P is well equipped for performance. Maximum travel speed is 8.5 km/h with load and 10.5 km/h without. For applications involving rapid travel over longer distances, top speeds of 10 km/h loaded and 13 km/h unloaded are an option. On shorter circuits, with continual stopping, starting, the truck’s rapid acceleration, effective braking and effortless, precise control deliver increased productivity.

Announcing the new scissor lift model, warehouse equipment product strategy manager, Gianbattista Scaramuzza said: "With the addition of the scissor lift model, we can truly say that the MO series covers practically every eventuality in the world of low level order picking. Choosing from the four models with their associated options Yale can now provide the most efficient and cost-effective solution for almost every application.”

Global reach truck launch to come
Yale used IMHX to announce the launch later this year of its new reach truck which will be broadcast live globally.

Brand manager Steve Ridgway said four live simultaneous launch events would be held in October in the UK, France, Germany and Italy with personnel from other countries and continents being able to link into the events via satellite.

Steve said: "We decided early on in the planning of the launch that we wanted to engage with all of our European, Middle East, African and Indian dealer network simultaneously.

"This approach will serve to provide all of our dealer representatives with live and direct access to the designers and development teams as well as being able to experience the launch event  by operating and seeing the new product for themselves.

"The new reach truck has been developed following extensive research with operators in 12 different countries from four continents. During the test programme, operators took part in a series of product and functionality assessments which provided the company with personal feedback and validation of product features and ease of operation.

Yale exhibited at IMHX alongside its UK distributor Briggs Equipment.

It took the opportunity to exhibit selected class leading warehouse equipment models alongside its ‘V’ series of electric counterbalance forklift trucks which were shown for the first time in the UK.

Visitors also accessed information on the Yale fuel cost calculator which makes it possible to compare the difference in fuel costs of a number of manufacturers’ products using data derived from their own published information, as validated by manufacturer product testing.