IMHX saw the preview of the QuickPick Remote from Crown, a semi-automated order picking solution that the company says is ideal for retail applications. 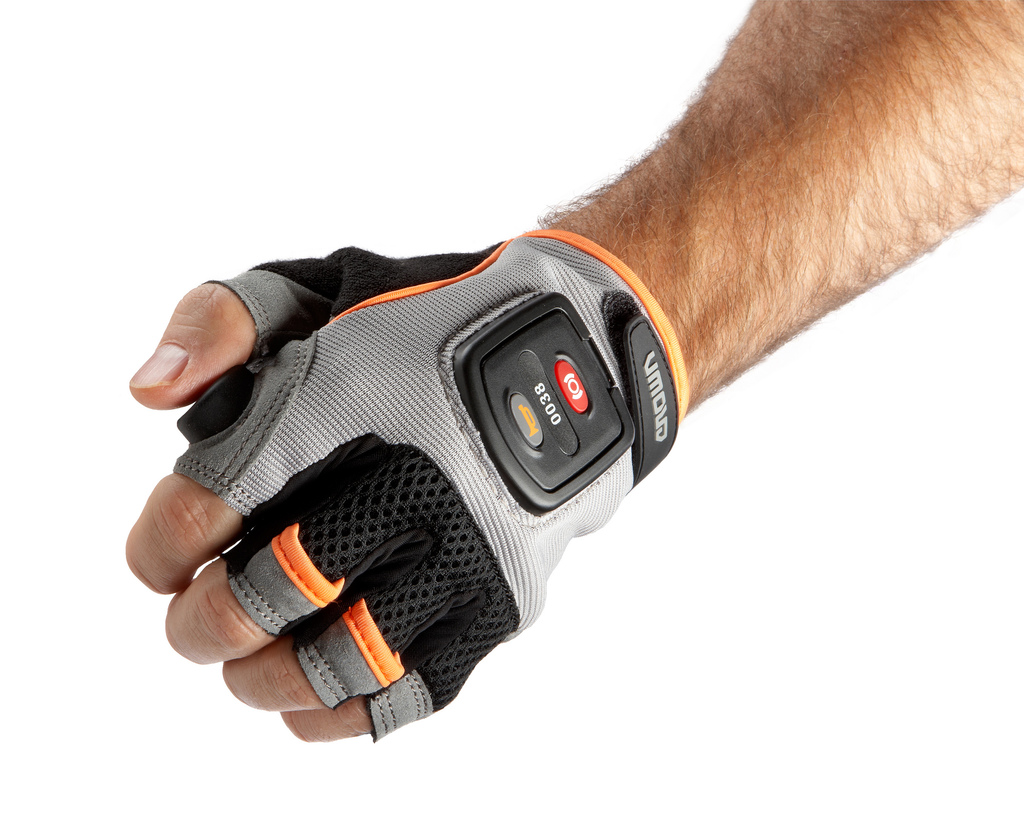 The QuickPick Remote from Crown is not yet available in the UK but is already collecting laurels, including LogiMAT Best Product 2013 in the Order-Picking, Packaging, Securing category.

So, as this interesting new product is on the horizon - what does it do and how does it work?

The system is a low level order picking solution using a glove-based wireless control in conjunction with Crown’s 4500 rider pallet trucks. It is semi-automated and can be seen as a middle ground between lift trucks and AGVs. Crown says the product is a good example of low risk automation, in the sense that it does not require disruption to existing operations. Once the operator is quickly trained to use the glove and the truck he or she is good to go. No other warehouse equipment is needed.

While more expensive than other similar trucks, the idea is that time saved eliminating unnecessary picker movements will increase productivity and provide return on investment. Crown estimates an ROI of between 18 months and two years.

• Remote control truck via glove, cuts down steps needed to pick and place an item.

• Needs no other IT investment.

Ken Dufford, vice president Europe at Crown, says: "A number of our customers have helped us test this system in practice, and the results of this long-term testing showed a 10% improvement in productivity between first and last pick. In certain cases we were able to reduce the time required for specific picking operations by as much as 25%.”

This has obvious attractions for major grocers, for example, who may be running 100 order picker trucks in a DC across a three shift operation. A 10% improvement in productivity, if translated into trucks deployed, would mean 10 fewer trucks and 30 fewer salaries.

Low-level order picking is a tough job. In the course of an average shift, order pickers may walk up to 25,000 steps at speeds of up to 5 km/h (3 mph) – equivalent to a total distance of as much as 25 kilometres (15.6 miles). In addition, pickers must frequently bend down, straighten up, and carry heavy objects, so it is not surprising that they burn as much as 3,500 calories in a single shift.

Crown QuickPick Remote is designed to make this demanding work significantly easier, so is especially suitable for large-scale wholesale operations and retail hubs. A special glove fitted with Crown’s QuickPick Remote enables operators to control their order picker from a distance.

This has obvious attractions for major grocers, for example, who may be running 100 order picker trucks in a DC across a three shift operation. A 10% improvement in productivity, if translated into trucks deployed, would mean 10 fewer trucks and 30 fewer salaries.

The wireless transceiver and controls are incorporated into the glove, which allows order pickers to control the movement of their trucks at the touch of a button while keeping hands free. Using intuitive controls, operators can guide their order pickers to the next pick location without having to climb into or out of the truck. This substantially reduces the number of steps pickers have to take, whether or not they are carrying loads. It also means they can take the most direct route from one location to the next. Each truck is fitted with a front-facing laser and two additional lasers in the front apron, which help to identify obstacles and avoid collisions.

Crown’s Mark Eccleston adds: "For a typical busy retailer, the operator steps off a truck, picks a piece, puts it on a roll cage at the back of the truck, gets back on the truck and moves to the next location. This can be repeated 1300 times per shift. There is lot of stepping on and off, lots of negative steps, sometimes with heavy items so fatigue becomes a factor.

"This is why Crown has designed this, in response to customers asking us to solve this problem and streamline this operation.”

You can see a video demo on the QuickPick Remote here: http://tinyurl.com/cys8npm