Bendi puts a twist into IMHX 2013 with new innovations 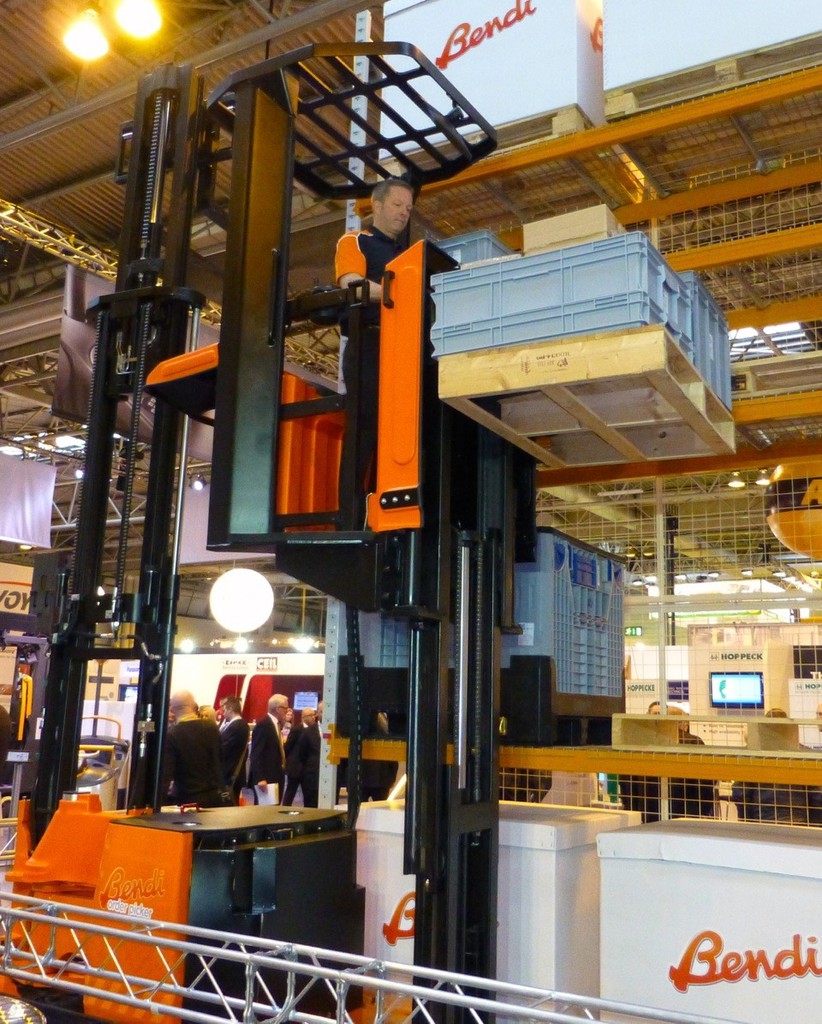 With a record number of visitors to last months International Materials Handling Exhibition, Bendi rocked the show once again in more ways than one and Simon Brown, Managing Director of Bendi believes the success of the exhibition is further evidence that the industry has put the dark days of the recession well and truly behind it.

"The atmosphere of the show was incredibly positive and the quality and number of leads we have had this year has been phenomenal," commented Simon. "From a personal point of view I cant recall a show when I have spoken to so many people and especially about the new products we launched."

Bendi - Order Picking with a Twist!

"With the demand for next-day deliveries now becoming the norm, customers are moving a larger proportion of their available floor space over to picking rather than bulk storage,” comments Simon. "Whilst most picking operations are carried out with great efficiency, there remains a sticking point when an order picker picking at ground level reaches an empty pallet location. The operative will put out a call for the reach truck to bring down a pallet from the second level, which interrupts the picking process and causes unnecessary delays or missed picks.” It was here that the idea for an articulated order picking truck was born.

The Bendi Order Picker can pick like any other stand-on order picker but it is the first truck that is designed to do "self replenishment”.

The Bendi Order Picker has two pallet handling locations and as such the operator can pick and replenish a location without having to call another machine for assistance or multi handle the picking pallet to get the replenishment pallet. As no other replenishment trucks are required, the Bendi can take advantage of its aisle performance allowing two great benefits:

Traditionally as aisles are circa 3m wide, order pickers either spend their time zigzagging from side to side or they pick up one side and down the other. This has necessitated the need for two trucks to pass in the aisle as no one machine could do all the work in one aisle and blocking it off for one or other of the functions is too slow and time consuming.

"Whilst most picking operations are carried out with great efficiency, there remains a sticking point when an order picker picking at ground level reaches an empty pallet location. The operative will put out a call for the reach truck to bring down a pallet from the second level, which interrupts the picking process and causes unnecessary delays or missed picks.”

As an order picking truck, the machine is required to lend itself to the stop start nature of picking, locating, scanning and searching and needs to be easy to get on and off with a comfortable low level entry and either a standing platform or semi seated arrangement. The Bendi Order Picker has both and this leap from the traditional seated articulated trucks has laid way for Bendi to offer the first stand on articulated truck. Gone are the traditional automotive style controls in favour of electric steering and fingertip controls.

Traditionally the articulated truck has been much like any counterbalance or other forward facing machine to reverse, however the stand on feature of the truck now allows the operator to turn through 180 degrees and face forwards whilst reversing giving unrivalled vision and thus increasing safety and operating efficiencies.

Cold Comfort with a Twist!

With the cost of storing pallets in a Cold Store being up to 3 times higher than in a conventional ambient warehouse, any small reduction in the space required can dramatically reduce costs. The new Bendi Arctic, with its innovative full cold store cab, can show up to 50% aisle reductions offering huge benefits to cold store costs. Either the size of the cold store can be reduced by 30% or by increasing the number of pallets in the store to spread the same costs.

Smaller cold stores/cheaper build cost goes without saying, along with lower running costs, but thanks to the Bendi design the floor specification is far less expensive than that of a Reach or VNA machine and also it does not require guidance systems which can be unreliable in cold stores.

In addition to the launch of the new Bendi Trucks, the Bendi team hosted an after show event with live music provided once again by the Bendi Band – aka Ace Trucking Co. Two of the band members work for Bendi including Lead guitarist and Bendi co-owner Paul Overfield.

"It was a great evening and set the scene for the entire show”, commented Paul. "It was the first time we had played live for a few months but after the success of the party we are already looking forward to the return gig in 2016."

• Order picker can self replenish.