The Market Drayton potato processing of ER Birch & Sons has reduced both its carbon footprint and its fuel bills, after switching to LPG-powered forklift trucks from Jofson. 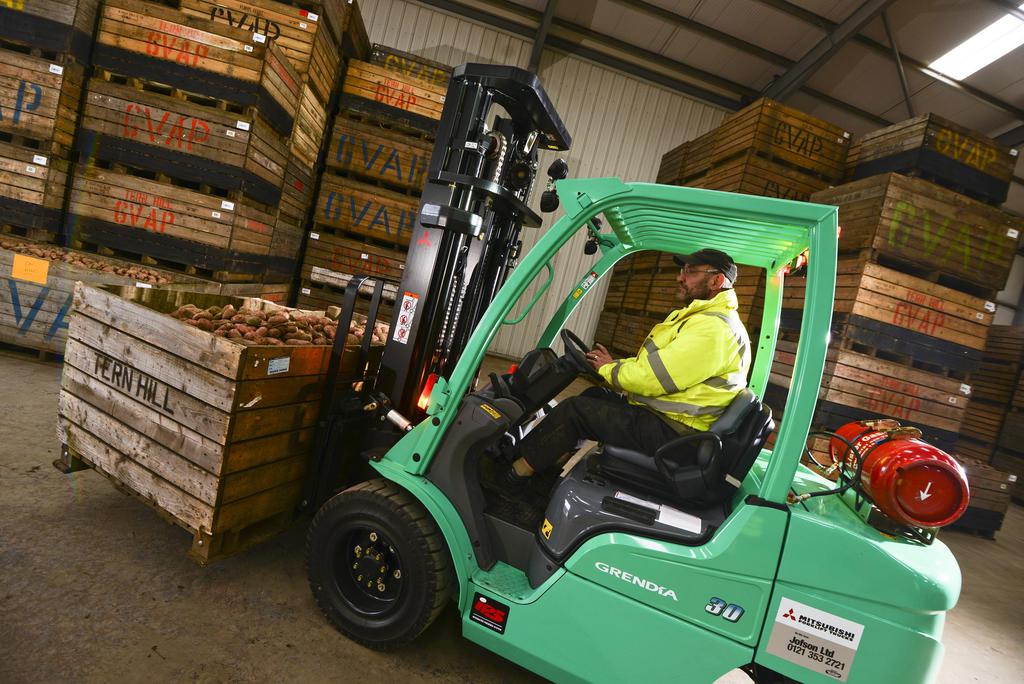 The move to hire LPG forklifts has been described as groundbreaking in an agricultural setting, where ruggedness is essential and bought trucks, running on low-tax red diesel, are the norm.  However, the LPG trucks offer far cleaner, quieter performance than diesel in a food-handling environment where much of the work is done indoors.

LPG  also produces around half the total greenhouse gases of diesel – 1.7kg per litre compared with 3.2kg