BITA is in a buoyant mood, hailing a successful IMHX 2013 and forecasting a positive outlook for forklift sales. 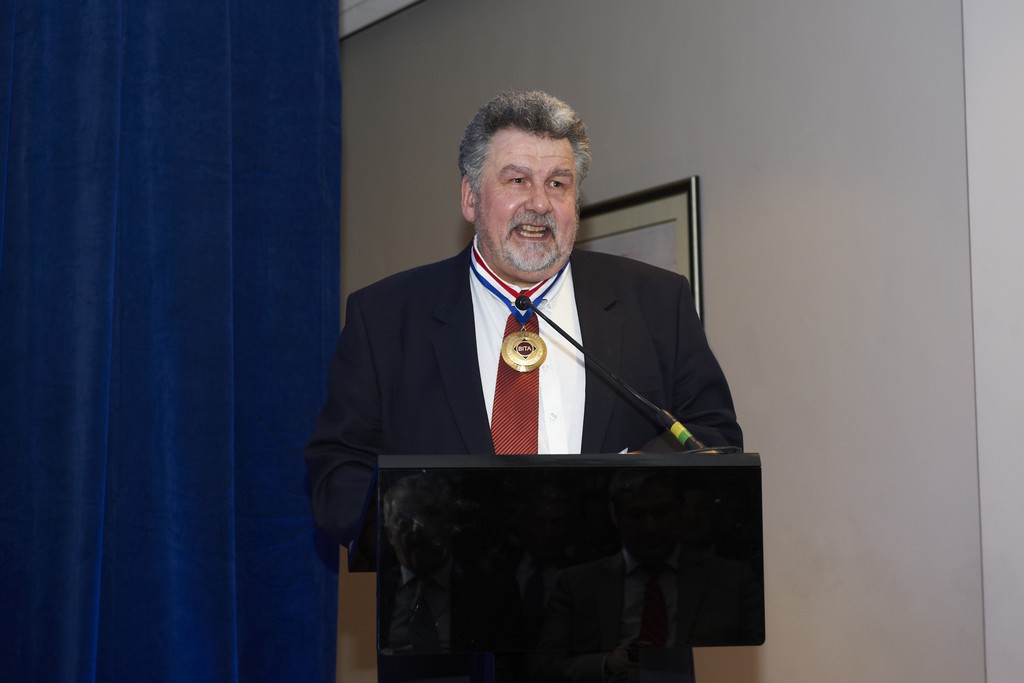 Introduced by BITA President David Rowell, the highlight of this 28th AGM was the unveiling of the 2013 UK Forklift Truck Market Outlook – which is supplied exclusively to BITA members – by Jeremy Leonard, Head of Industry Services at the consultancy Oxford Economics.

The forecast contained positive news for BITA members, including the fact UK productivity is outstripping even Germany and the US, and that there is clear willingness among customers to make investments in forklift trucks.

Leonard said: "Capital expenditure intentions are positive, as much as they were in the 2000s, which is driving robust growth in investment goods. Manufacturers do have cash piles; what’s missing currently is the trade upswing that will lead to consumer confidence. Overall we have increased our 2013 output forecast for investment goods to 3%, which is good when compared to other sectors, and shows an upward revision from six months ago.”

Looking at the forklift market he added: "Warehouse is set to outperform counterbalance this year as a result of strong backlogs and activity turnaround within the distribution, transport and storage sectors. Demand for warehouse trucks has pretty much recovered to pre-recession levels and the forecasts are strong due to the growth of e-commerce - which we anticipate driving a lot of activity in coming years.

"Counterbalance is not growing as rapidly and will take another couple of years to get back to pre-recession levels due to weaker activity in its end users, such as the chemicals sector.”

The Oxford Economics report also includes a survey of BITA members themselves, which revealed that while some firms are still experiencing softer-than-normal order books, many members are increasingly optimistic about their prospects over the next 12 months.

Although the majority of members think general prospects will remain the same, the proportion feeling more optimistic grew to 20% from less than 10% when members were surveyed in September 2012. Looking at their own firm’s sales, respondents were even more optimistic with 70% expecting either modest or significant growth. In contrast to September’s survey, no-one is expecting a fall.

Rob Fisher, Director, of the Materials Handling Group at Informa Exhibitions, presented outcomes of the 2013 IMHX show, which is jointly owned between Informa and BITA.

Fisher revealed that the total show attendance of 19,526 was an increase of over 40% on the 2010 event. Among the 412 exhibitors across four halls – a space equivalent to 4.2 Wembley pitches – were 43 BITA members (a new record); while the show was also supported by major industry trade associations including the Automated Material Handling Systems Association, Specialty Equipment Market Association and the United Kingdom Warehousing Association.

Fisher revealed that the visitor satisfaction survey, conducted by exhibition research company Fusion, had produced exceptional results, with the show meeting or exceeding the expectations of 94% of visitors.

Fisher said: "When examining customer satisfaction, a mean score of above eight out of 10 is regarded as market leading and IMHX achieved 8.6.”

The overall show rating, when compared to visitor research from more than 200 other trade exhibitions from 2012 and 2013 showed IMHX to be 36% higher.