With an annual revenue of 27.8 billion Swiss Francs, the Coop Group is one of the leading grocery retail groups in Switzerland. The retailer recently awarded automated warehouse solution provider TGW with an extensive materials handling project at its new national distribution centre. 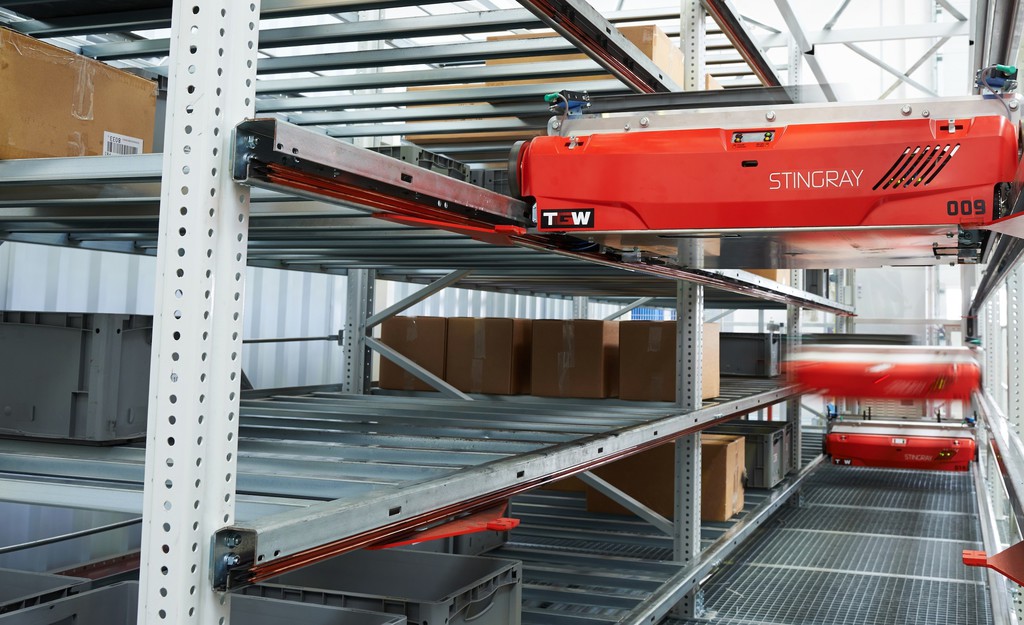 The new centre in Schafisheim will consolidate Coop’s regional distribution centres in Zurich and North West Switzerland and assist the company in its commitment to reduce its carbon footprint.

TGW has been tasked with implementing an extensive materials handling system for the retailer that will increase the efficiency of its logistics processes and span four areas at the Schafisheim site.

The first of the four areas will be used for the storage and semi-automated picking of dry goods. Primarily it will consist of a four-aisle high bay warehouse for pallets and picking zones.

In the chilled area, fresh goods including dairy and meat will be stored and automatically picked, then repacked onto trays and stored in a shuttle buffer. A third area will contain frozen products that will also use TGW’s Stingray shuttle system as a buffer. A final ‘empty packs centre’ will enable the cleaning and sorting of empty containers and the replenishment of all picking workstations.

To provide additional capacity for growing order volumes and to optimise accuracy and time to market, Wiley entrusted TGW with the fit-out of a 153,000 unit within the 320,000 sq. ft. single site facility.

The solution that TGW designed, installed and commissioned utilised a number of innovative products to optimise operational efficiencies for the publisher. TGW’s Commissioner acts as dynamic buffer to temporarily store and release totes for future sorter waves and a dual split tray sorter operates at high speed whilst discharging the books accurately and with care.

The system has also been ergonomically designed to deliver maximum efficiencies and ensure operator safety.

Since going live, the system has enabled Wiley to reduce the working day from three shifts over 16 hours, to two shifts over 10 hours. The number of units processed per hour has increased by over 400% from 3,500 to 14,400.

"We chose TGW based on past experience and their ability to meet our expectations on time and on budget. The system has inbuilt flexibility to cope with peaks in activity and has the potential to increase annual outbound units from the current 10 million to 30 million," said Charly Nobbs, Wiley Vice President and Director.

"The installation has also been welcomed by staff who appreciate the ergonomic design and the improved acoustics of their new working environment. Overall the new system has resulted in significant labour savings, optimum order accuracy, a faster time to market and has provided a sustainable solution for our growing business."