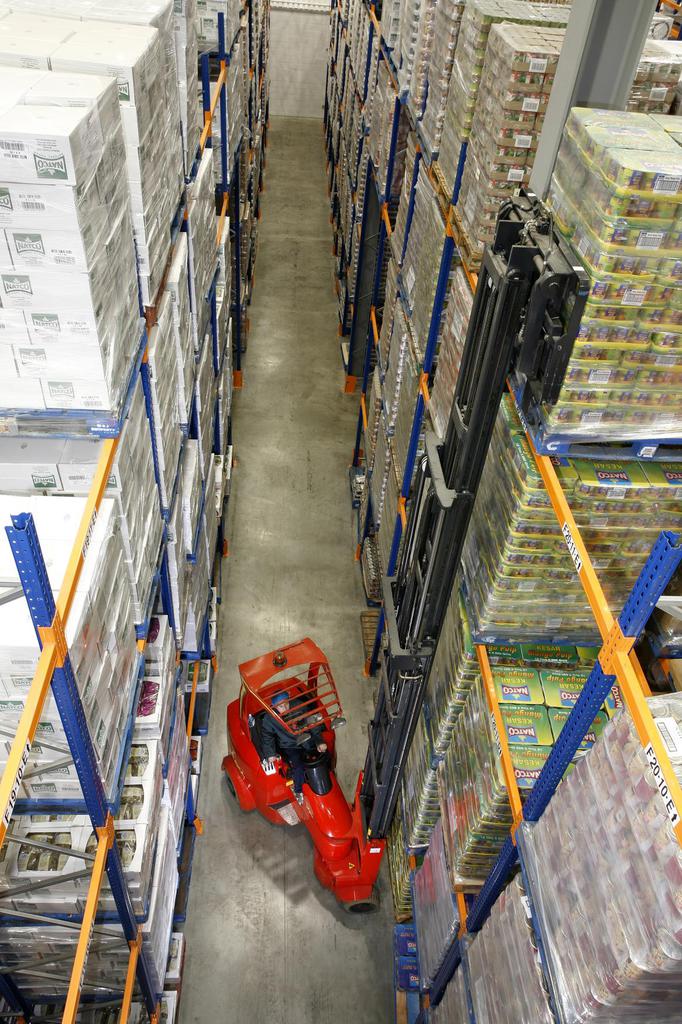 The Flexi trucks are being used to offload stillages of incoming component parts from curtain sided trailers that arrive at the facility from Magna’s suppliers.

To enable efficient operation two stillages need to be handled at the same time so the new 2.5 tonne Flexis have been supplied with hydraulic telescopic forks to allow unloading from one side of the delivery vehicles.

Magna Decoma is using the Flexi articulated forklifts to do work that previously required both counterbalance and reach trucks. This has led to a significant reduction in forklift fleet operating costs for the company as well as increased storage capacity by over 25 per cent.

Introduced at the IMHX Show in 2010, the Flexi HiLOAD is designed to handle heavy loads in very narrow aisle storage schemes. Since its launch the truck has proved extremely popular with companies operating in the manufacturing, building materials, engineering and food ingredients sectors.

The HiLOAD models in operation at Magna Decoma have chassis only 1350mm wide and can lift loads of 2.5 tonnes with lift heights of up to 9.5 metres.

Articulated forklift manufacturer Flexi Narrow Aisle has announced an investment of over in £1mllion in its short term rental (STR) fleet.

The investment means that Flexi now has over 300 trucks in its STR fleet – which the company claims is considerably more than any other articulated forklift specialist.

The average age of the trucks in Flexi’s short term hire fleet is now less than 4 years.

Trucks can be hired from between one week and 12 months and include full maintenance and service support in the weekly rental cost.

The electric-powered Flexi HiLOAD incorporates state of the art AC drive technology to ensure optimum battery efficiency, minimal down time and maintenance costs. The truck is also supplied with a high capacity battery that lets the Flexi HiLOAD maximise time between recharges which, in turn, means that even over the longest shifts the HiLOAD maintains the highest standards of performance.

Like other models in the Flexi Narrow Aisle range, the Flexi HiLOAD requires minimal manoeuvring in the aisleways. Maximum ‘over rotation’ and smooth digital encoder steering combine to ensure that one turn is all that is required to enter or de-stack a pallet which results in the fastest operational throughput and efficiency.

As well as the ability to work in the narrowest aisles, the Flexi HiLOAD can be used like a counterbalanced machine – both inside and outside. In fact the Magna Flexis are fitted with fully weather proof heated operator cabs that allow year round operation no matter what the weather conditions may bring.

This dual-purpose functionality guarantees the user a wide range of benefits – not the least of which is the ability to load and unload lorries and deliver pallets directly into the racking in a single operation. By doing so, it increases efficiency and productivity while abolishing double handling and the costs associated with operating a bigger truck fleet than is necessary.