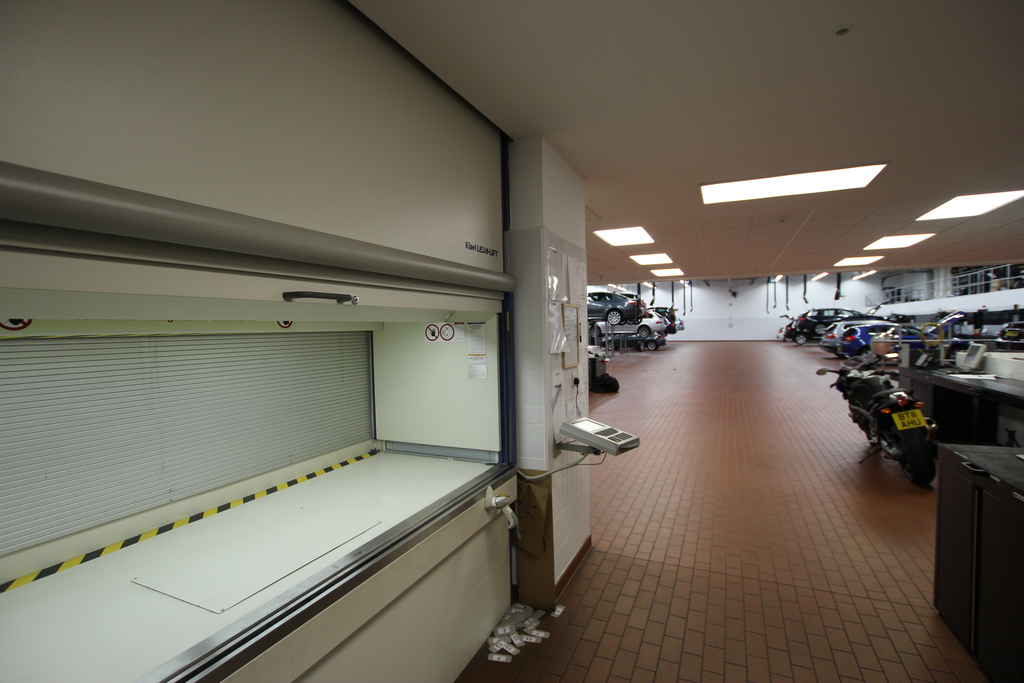 Industore was approached by Benham BMW of Wolverhampton when it opened a new showroom. This site was custom built to increase floor space and improve the quality of after sales service.

The company had outgrown the previous site. Day-to-day Benham was beginning to face challenges brought on by a lack of storage space with the most adverse impact being placed on its Service Department.

Engineers couldn’t keep track of what parts and tools they were taking – if they took a part in error and then returned it to the wrong place the stock checking suffered. If a part or tool went missing it was very difficult to track the origin of the initial mistake. These issues had an effect on speed of servicing and repairs. 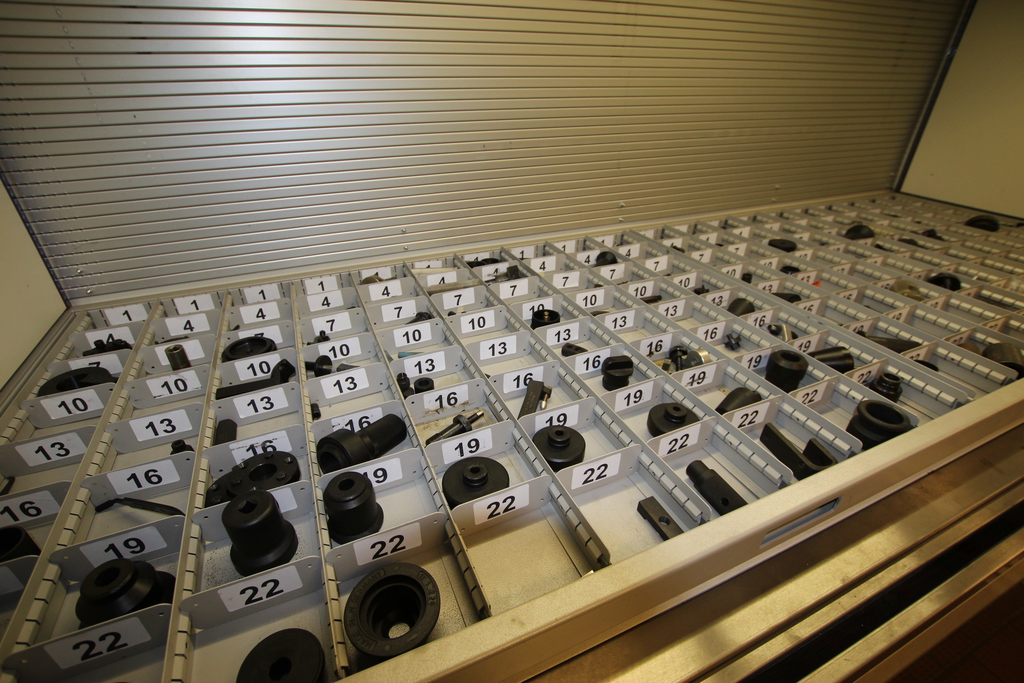 Outside the physical aspect of storage, the majority of the system relied on paper based forms being filled out by engineers and service staff. As the company grew, this system came under strain, and proved difficult to manage. Therefore when the decision was made to construct new premises, the management approached Industore to work together at the design stage, incorporating automated storage solutions.

Working closely with Benham at the design stage, Industore assessed which processes they wanted to improve and advised the best solution would be to install two Hänel Lean-Lifts. Industore installed one 7m high Hänel Lean-Lift for the Service Department to help better keep and manage stock, while one 7m high, dual access Hänel-Lean lift was installed to link the Service Department with the service bays, allowing engineers to store their bespoke servicing tools as well as collecting parts.

Simon Wilkes, parts manager at Benham BMW explains: "Initially we looked at Industore’s solutions to save floor space and help us maximise the number of service bays in our new facility. However we were also aware that we needed a solution that was going to help us organise and maintain our stock better.

"The Lean-Lifts not only helped us to achieve our goals, but they have actually exceeded them. Since we opened in mid-2009 we have managed to go from holding £300,000 worth of stock in the Parts Department to now stocking around £80,000. This is a result of huge improvements in stock utilisation and accuracy. The Lean-Lift is far more accurate than the stock forms that we previously used.”

"Since we opened in mid-2009 we have managed to go from holding £300,000 worth of stock in the Parts Department to now stocking around £80,000. This is a result of huge improvements in stock utilisation and accuracy.”

The new system allows the parts team to load a shelf in the stock room’s access hatch and put it into the Lean-Lift for each individual scheduled job in a specific day. All the engineers will then have a barcode on their job sheet that, when scanned, will bring down the relevant shelf containing all the parts needed for that specific job to the service area’s hatch. Essentially now any pre-booked work can be loaded into the dual access Lean-Lift and the parts department will not have to speak with the technicians unless an unexpected part is required on a job.

Simon continues: "The Lean-Lifts have greatly boosted traceability. If anyone enters information incorrectly or accidentally takes the wrong part it is now extremely easy to trace the error back and see its origin. This saves us a lot of investigative work and time spent on finding missing stock.

"Technicians can also use the system to see who had a tool last - if a tool goes missing they don’t need to run around the whole service area trying to find it, they just look at the machine logs. I would recommend Industore and I would definitely recommend the Hänel Lean-Lifts they have installed. The overall improvement in organisation has been massive and it is difficult to think about the way we used to operate before the introduction of the Lean-Lifts.”

Industore already had a working relationship with BMW having installed twelve Hänel Lean-Lifts into the UK headquarters in Bracknell. Industore is the exclusive distributor of German manufacturer Hänel's automated storage and retrieval systems for the UK and Ireland.