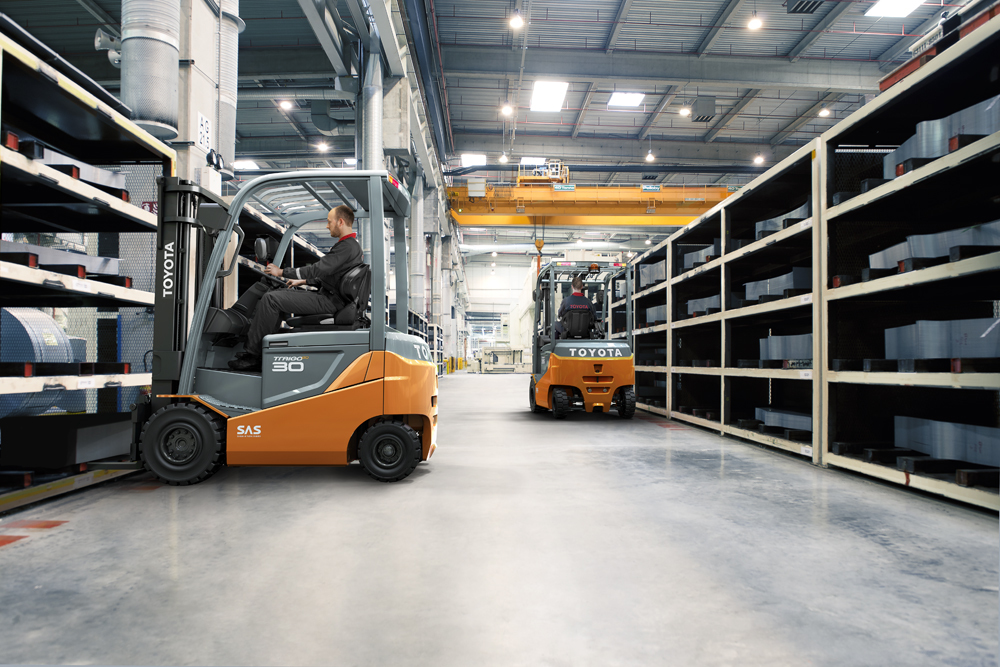 Electric counterbalance trucks are evolving at pace, and many forklift manufacturers are more confident aboutrecommendedelectric models as viable optionsforboth in and outdoorsuse in all weather conditions.

Toyota’s Dave Rylance explains: "The Traigo80 has more powerful and efficient motors which mean you can handle different gradients. One thing that always used to really take it out of a battery was lots of work on gradients, such as going in and out of buildings using a ramp. The improvements aren’t always about power gained, greater efficiencies in the motors and electronics can make a difference so there is more torque to the driving wheel.

"Greater engine efficiency is driving electric trucks forward and enhancing capabilities, so they are capable of longer working hours per charge. At one time if you had a heavy and intensive application you would get probably six or seven hours out of a battery before it would have to be changed or recharged. With the efficiencies we’re making, the Traigo80 is almost 20% more efficient than the previous model.”

Electric counterbalance trucks also now often have better weather protection, with features such as higher clearances from the ground, virtually replicating an IC truck and are much more sealed, reducing the amount of splash and ingress area underneath.

Rylance says the boundaries between the traditional three categories of forklifts - diesel used outside, gas used in and outside, and electric used inside - have blurred.

"It isn’t just about electric models, diesel engines are cleaner, so IC trucks can be used inside and out. You wouldn’t have even considered this a few years ago.” 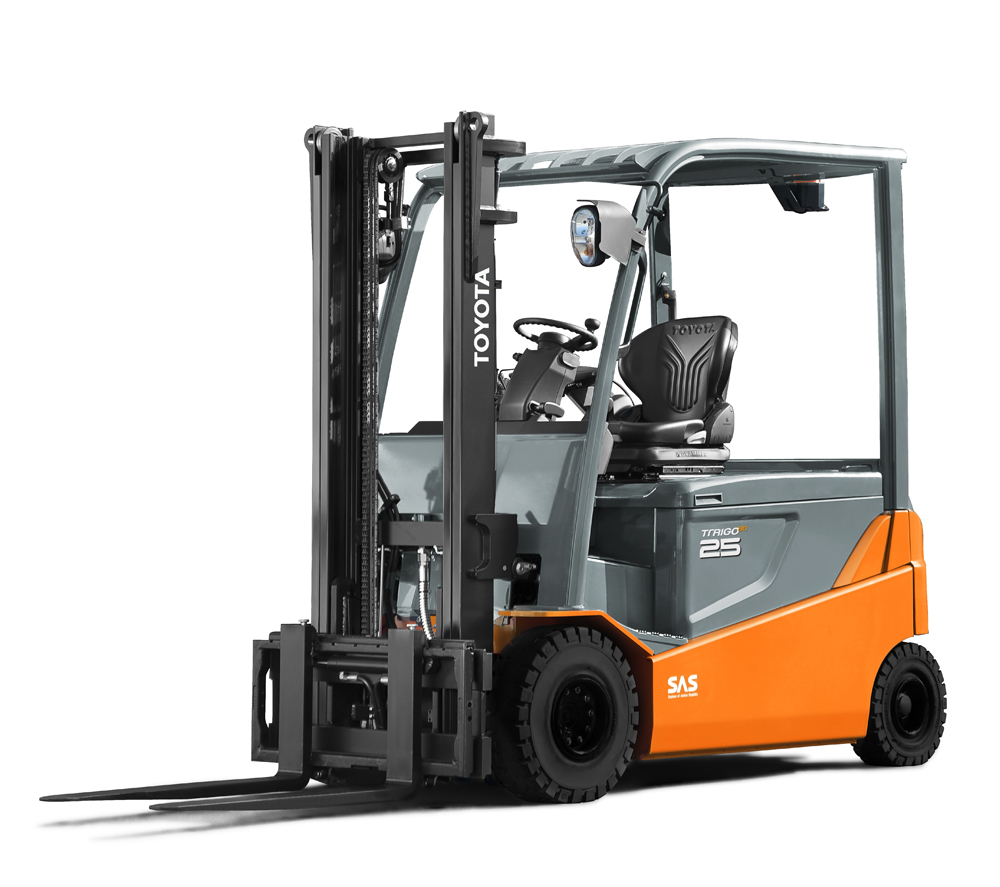 Six models will initially be availablein the Toyota Traigo 80 rangefrom 2.0 to 3.5 tonne capacities, including the 2.0 tonne, 2.5 tonne compact, 2.5 tonne, 3.0 tonne compact, 3.0 tonne and 3.5 tonne. Each model features Toyota AC electric drive-and-lift technology and is suitable for long, intensive operations. It comes with a wide range of chassis, masts and options. It is equipped with the Toyota System of Active Stability (SAS) and AC motors as standard.

"In our tests against our competitors we moved more pallets per hour and we see the Traigorangeas a market leader. We believe the truck will make a big difference on intense applications,” explains Rylance.

The Toyota Traigo80 electric forklift delivers major advantages for customers in areas such as travel speed, acceleration, lifting speed and truck compactness. The maintenance-free Toyota AC motors coupled with the latest generation of controllers make it possible to increase vertical and horizontal speed by up to 20%. The Toyota Traigo80 has been designed to facilitate higher productivity and efficiency to support its customers.

Maximising visibility is one of the most important means in increasing passive safety and minimising accidents. The Toyota Traigo80 provides outstanding all-round visibility and offers a wide range of masts and lift heights.

The new trucks also offer a range of battery capacities up to 775Ah. For applications that are working extensive shift patterns, the new trucks are designed to offer different battery exchange methods to suit customer preferences in multi-shift operations, and is available for application either from above or from the side of the truck. 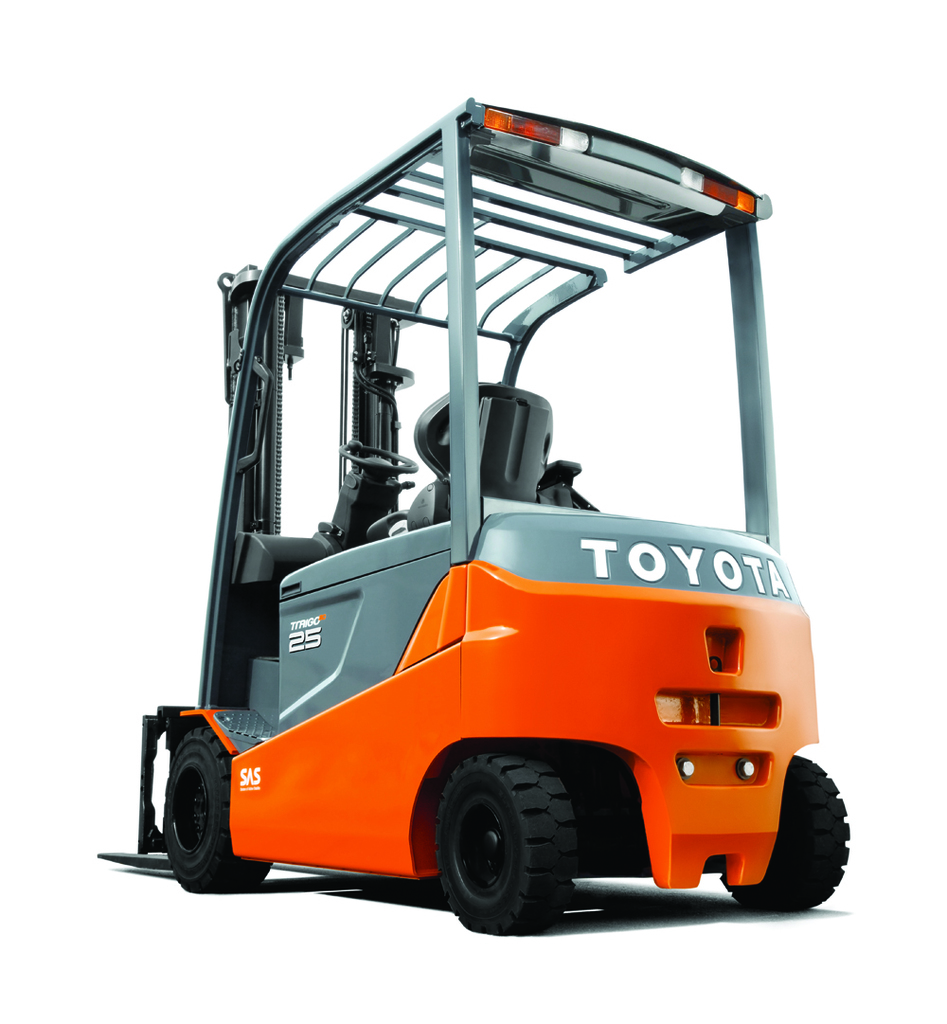 Fuels of the future

In terms of fuels, Toyota is very active in different technologies. "We have a number of prototypes in development, with hydrogen fuel cell trucks on the third generation, so we’ve learned a lot. The main problem with fuel cells is the supporting infrastructure in the UK, as the trucks are more or less designed to go,” explains Rylance.

Toyota is also carrying out research on lithium ion powered warehouse equipment, as well as electric counterbalance forklifts powered by other lithium based technologies.

Rylance continues: "Lithium based technology for counterbalance trucks is further away, as there are more problems with it regards weight, but it is feasible.

"What is clear is that we can’t just adopt a technology that has been designed for general use. It must be optimised for the extremes of forklift operation, tackling ramps, a full shift etc. Within five years we could see a counterbalance truck using lithium based technology, albeit with some limitations.” 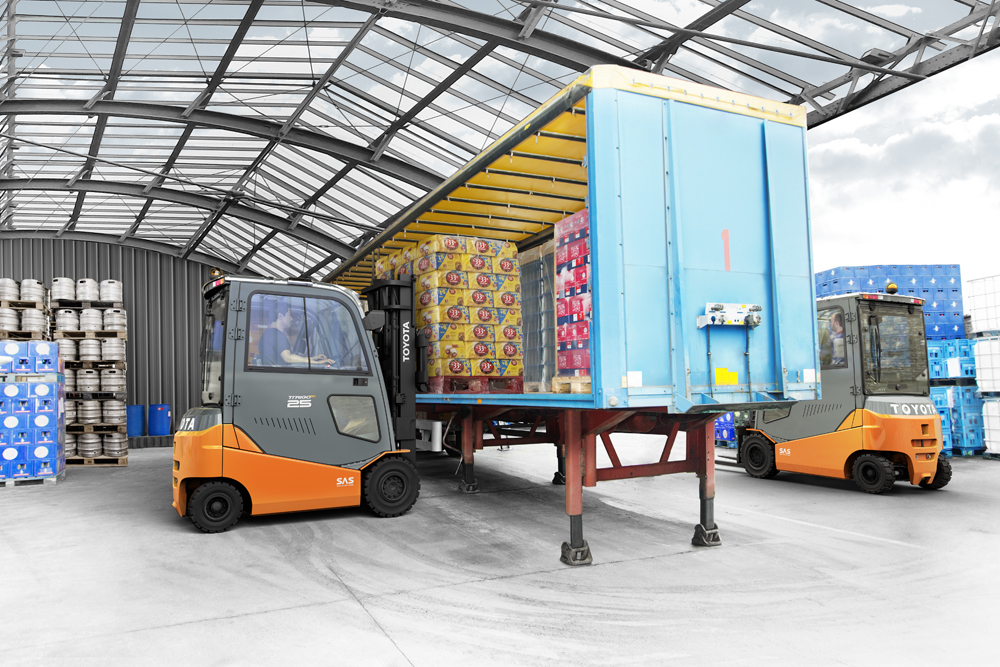