Putting the operator in the spotlight

In September 2013 RTITB, the largest lift truck training accrediting body in the UK, completed its competition to find the lift truck Operator of the Year. 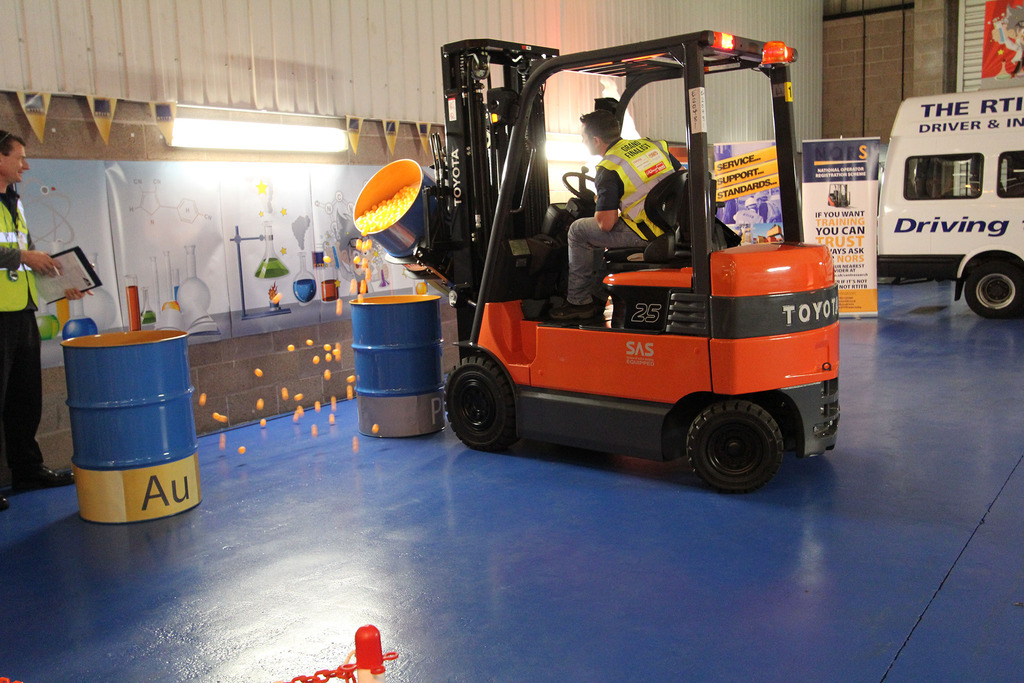 Wincanton employee Ryszard Janus was crowned RTITB Operator of the Year 2013 at a sparkling gala dinner to celebrate the competition’s Grand Final on 20th September 2013.

The Grand Final was the culmination of a year-long search to find the best fork lift truck operator in the UK and Ireland in what has been the third run of RTITB’s increasingly popular competition.

Beginning in November of last year and sponsored by Toyota Material Handling UK, TNT Express Services UK and Ireland, and Calor Gas, the competition started with an online theory test that was open to some 300,000 RTITB accredited lift truck operators. The top 40 entrants progressed to live heats held at IMHX 2013 in March at the Birmingham NEC. During a week of hard competition 40 qualifiers were whittled down to the 10 Grand Finalists who met to compete for the crown at Friday’s prestigious competition conclusion. 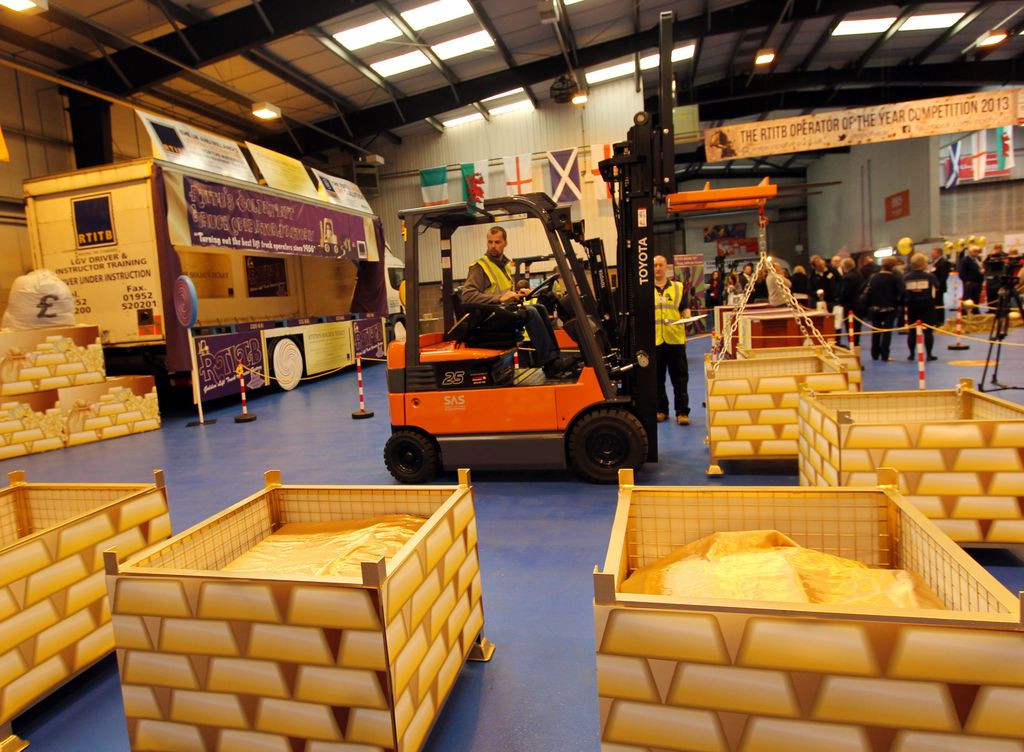 During a day of gruelling tests that challenged their theory and knowledge skills, along with their operational abilities, each of the ten finalists showed extraordinary depth of knowledge and skill, competing in difficult circumstances and under very close public scrutiny.

Attended by guests from across the warehousing and logistics industry, including the RHA, FTA and CILT, the Grand Final proved a resounding success as it celebrated the skills and dedication not only of the operators themselves but also their trainers and employers. The event also provided the perfect forum for individuals to meet, network and discuss the issues of the day.

In an address to those assembled at the dinner, Jane Willis, Director of the HSE’s Cross-cutting interventions directorate, thanked RTITB and its sponsors for taking the lead with such an impressive event and congratulated the finalists for their achievements. During her speech, Mrs Willis went on to stress the importance of events like this for highlighting the dangers of materials handling and the vital role of training. "Last year, twenty men didn’t return home from work because they were killed in accidents involving workplace transport. This year the figure currently stands at six. We owe it to the families of those men to improve standards and safety.” 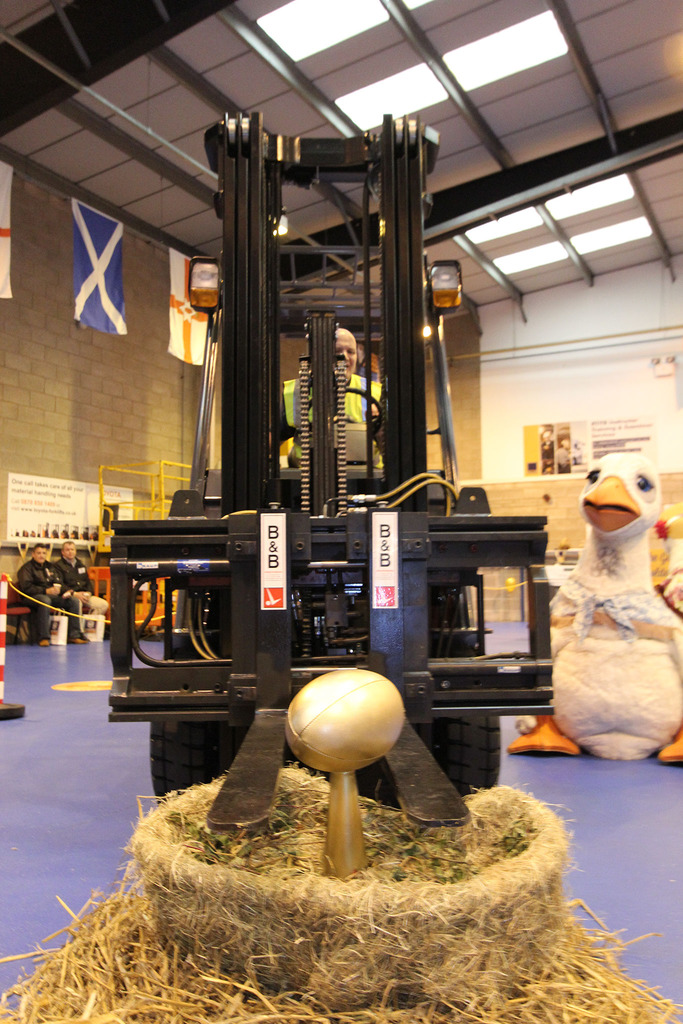 For Laura Nelson, Operations Director at RTITB, the Operator of the Year competition is the perfect way to recognise and celebrate the hard work and commitment that accredited organisations put into operating standards and safety. Speaking during the competition, she said "The tireless dedication of our accredited organisations and their commitment to safety standards are the reasons why this industry has such skilled operatives.” She added, "This is as much their competition as it is ours, because without them there would be no Operator of the Year.”

In an emotional speech, an elated Ryszard Janus said that he was over the moon. "I want to thank RTITB and the sponsors for putting on this competition, for allowing me and the other finalists to show our skills.”

Ryszard was joined on stage by his wife, Dorota, to receive his prize, a brand new Toyota Aygo. As an additional award this year, RTITB also presented the Operator of the Year’s training organisation and employer with trophies, which went to Ceva Logistics-B&Q and Wincanton respectively.

RTITB has already begun planning for 2016 when the Operator of the Year competition will make its return.

The Accrediting Bodies Association (ABA) was established last year after a consultation process by the Health & Safety Executive, the result of which was that is decided it was no longer necessary for it to manage the accreditation of training for lift truck operators on a day to day basis. The responsibility has now been taken on by the ABA, of which RTITB is one of the founder members.

In 1988 the first code of practice (now L117) covering operator training for rider operated lift trucks was produced (as COP26). L117 was last revised in 1999. L117 provides guidance regarding the requirements for lift truck operators to have undergone basic training. The supplementary guidance accompanying the code of practice has always included reference to bodies recognised as "competent to accredit and monitor organisations to train instructors and/or train, test and certificate operators”. This recognition was designed to "help employers select training organisations or lift truck suppliers who offer a good standard of training”.

In 2010 the HSE held a conference to address the way forward for L117. Subsequent consultation, led to the HSE deciding that it no longer felt it necessary to continue to recognise these bodies in L117 or manage the accrediting bodies scheme on a day to day basis. They wished to "hand the scheme back” to the bodies themselves to manage and for the HSE to take an advisory role. HSE as the regulator provides advice to the new association on any points that arise in relation to L117.