The Government has narrowed its options on the new Thames Crossing but fallen short of choosing which of the proposals will prevail. Industry reacts as the decision is put back until May. 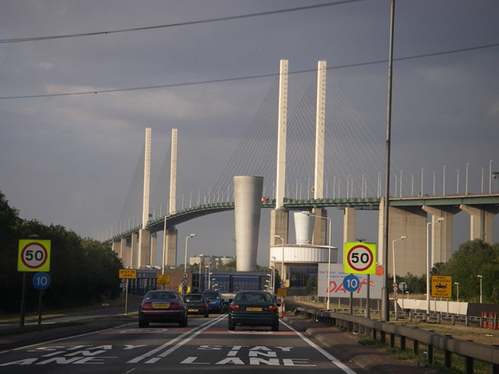 The option to build a bridge through Swanscombe has been rejected, meaning the new route will either be alongside the existing Dartford Crossing or across green belt land connecting the M2 with the A13.

The Swanscombe option was rejected because it received limited support and would frustrate plans for development in the area.

The Government will now examine the two remaining proposals in more detail.

Transport Secretary Patrick McLoughlin said: "We had over 5,700 responses to the consultation and we have carefully considered each of them. Ruling out the least attractive option now gives some clarity for local residents and businesses.

"We are committed to making a decision on the location of the new crossing as soon as possible, but we recognise that whatever crossing location is chosen it will have significant impact for people in the area and the economy. These are tough decisions to be made and must not be taken lightly.”

To ease congestion in the short term, the Government remains committed to introducing ‘free flow’ charging at the Dartford-Thurrock crossing from October 2014. The system will remove the existing toll booths and allow users to pay remotely, similar to the London congestion charge.

The Freight Transport Association (FTA) urged the Government to make a quick decision.

FTA says the cost of queuing should be taken into account, which for a 44 tonne truck averages £1 per minute, outweighing the cost of the toll and ultimately the price of constructing the right crossing to relieve what are now real pinch-points at Dartford and the Blackwall Tunnel.

Malcolm Bingham, FTA’s Head of Road Network Management Policy said: "FTA believes that today’s announcement brings us no closer to building the much needed new Lower Thames Crossing. There is absolutely no doubt that improving capacity and easing congestion at Dartford is essential.

"After consulting with our members on what the best crossing would be, it was widely considered that Option C would bring the most benefits to the freight industry, and would help tackle congestion at Dartford, and therefore we feel that today’s announcement is simply slowing down the process”.

Managing director Rob Hollyman said: "There is one obvious winner [the plan to link the M25 and M2], and that will speed up distribution and reduce congestion. It will lend itself to more efficient deliveries.”

Hollyman is excited by the London Gateway development in South Essex but sees greatly improved local road transport as vital to its ultimate success.

"The development is needed to get the most out of Gateway as existing infrastructure isn’t sufficient for the addition of a massive port. A road connecting the M2 to the M25 between Junction 29 and Junction 30 is the best option because its alleviates congestion back into Junction 30 where the trouble is.”