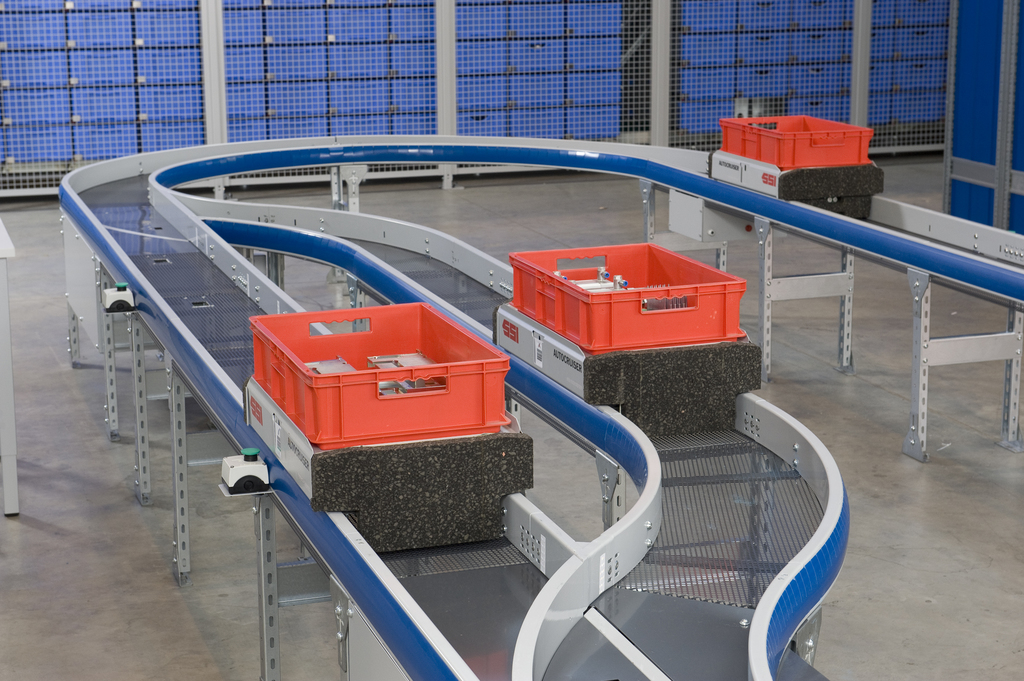 The SSI Autocruiser is a powerful yet economical alternative to bridge the gap between forklift truck transport and conventional conveyor technology. It is an extremely competitive, flexible and scalable transport system for low to medium throughput, reaching maximum efficiency at around 600 units per hour. No special skills are required to install or operate it.

The Autocruiser is designed for a variety of applications such as connecting production lines, connecting production and warehouse, handling special items in distribution centres, and handling returns. It can carry loads of between 1kg and 30kg and has what is best described as ‘intelligent power supply’. The entire system is connected to the standard power network and each carrier or ‘wagon’ on the Autocruiser uses batteries, which can be recharged at several stations along the tracks. However, the batteries will also be recharged during any loading or unloading stop, making unscheduled charging cycles an absolute exception.

In daily operations, only those parts of the system currently needed for service remain active and that’s the reason why the SSI Autocruiser uses 70% less energy in comparison to other internal transport solutions. When this is added to the low initial investment and low maintenance costs, the Autocruiser very quickly reaches its break-even point.

When used alongside the LogiMat, SSI Schaefer can create a system that handles both picking and storage tasks in an efficient manner. The LogiMat is a goods-to-man picking, space-saving alternative for storing and order picking small parts in a compact and ergonomic way. It occupies only a small footprint providing 90% storage space saving when compared to conventional static solutions.

The design of the LogiMat is similar to an oversized drawer cabinet with two stacks of trays (one in the front and one in the rear) and between those stacks a lift operates which extracts individual trays as required.

ROI was a key factor for Creativ Company A/S in Denmark, who were the first to use the SSI Autocruiser combined with multiple LogiMat vertical storage lifts. SSI Schaefer installed eight LogiMat storage lifts for the company providing a storage area equivalent to 1,000 sq m. In addition, 27 Autocruiser wagons transported 300-450 units per hour along a 300m long track. The result was that the wagons, controlled by the warehouse management system, transported the SKUs to the different picking zones. Creativ now has a cost effective combination of lightweight tracks and storage lifts that provide a sound basis for its future expansion. 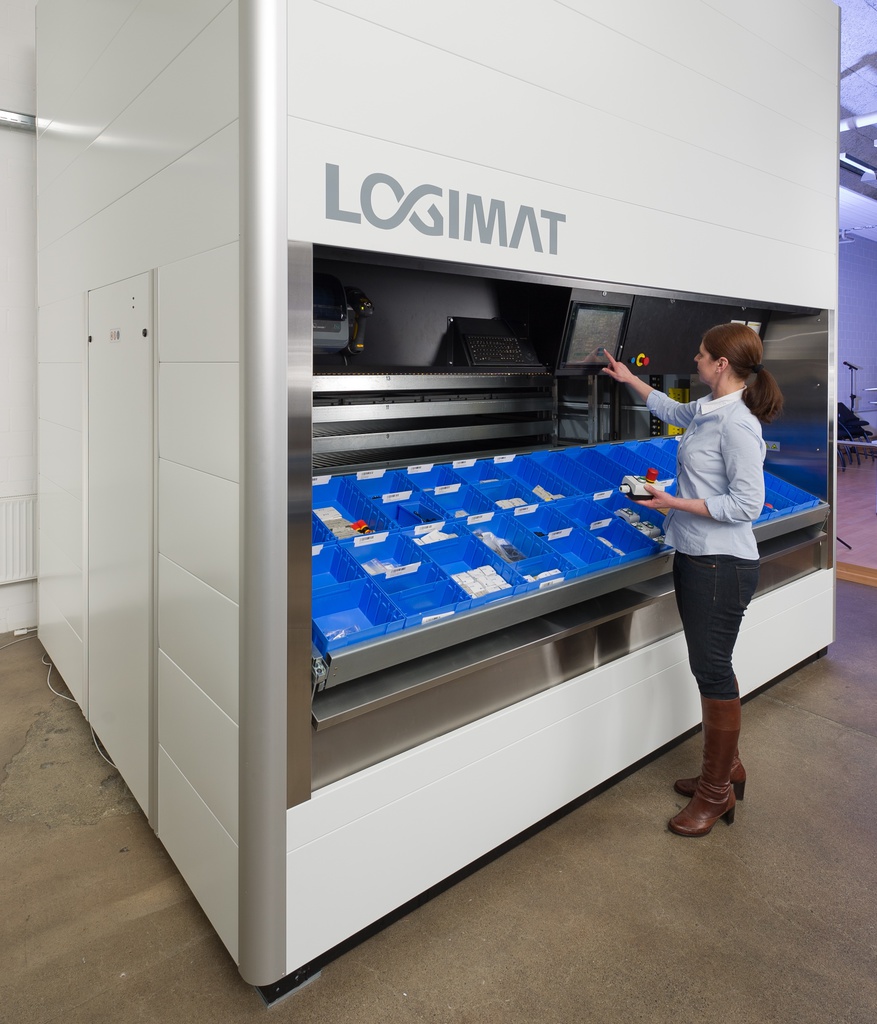