The body representing the UK’s 3PLs has warned against the mandatory introduction of sprinkler systems in all warehouse facilities. 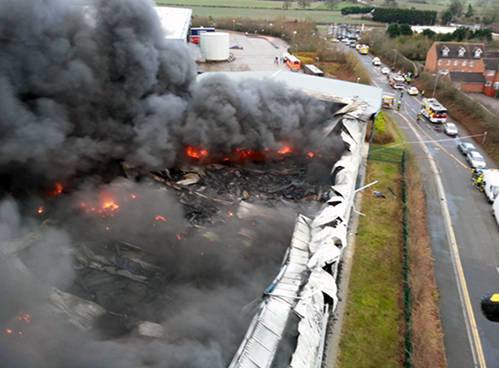 Only warehouses over 20,000 square metres in size legally need to have sprinklers fitted but the Business Sprinkler Alliance (a collection of trade bodies and other groups) has recently launched a campaign for the current law to be reviewed. In many European Union countries, such as Germany, that figure is 2,000 square metres, and in Scotland it is 14,000 square metres.

"There have long been demands for the mandatory installation of sprinkler devices within all new warehouses and, in some cases, for warehouse operators to be compelled to add them to existing facilities,” says Roger Williams, chief executive officer of UKWA.

He continues: "Given the Fire Service’s policy is to allow warehouse fires to extinguish naturally if the blaze does not present a threat to human life, it seems reasonable to expect more emphasis to be placed on preventing the escalation of a fire and suppression systems look certain to be used more widely.

"That said, there are a number of practical problems that prevent the use of sprinklers in some types of warehouse and in some localities, so while UKWA welcomes any steps that seek to add protection to property and people, we will be doing our best to engage with the Business Sprinkler Alliance and other interested parties to ensure that any proposed changes to existing regulations are sensible, practical and applied with a light hand.”

"Fire Services would like them as it will reduce many of the firefighting burdens when attending larger industrial and warehouse fires. I believe that it will not reduce, but simply change, the hazards inherent in attending fires.

"The Fire Protection industries would like them to be mandatory as it then becomes a seriously major revenue generation industry that the client cannot legally avoid.

"The issue of ensuring an adequate supply of water for the system for a reasonable period of time will add thousands to even a small structure and a major source of failure of the whole system.” 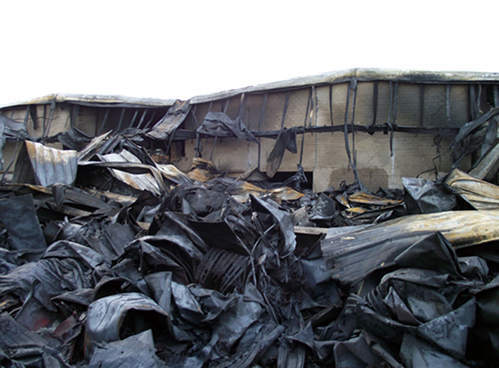 The British Automatic Fire Sprinkler Association (BAFSA) says that it is feasible to protect all types and sizes of warehouses regardless of the materials stored.
The Association says: 'in many cases sprinkler systems can operate from service mains where the pressure and flow is sufficient, in other cases, a tank and pumps will be necessary. We support Roger Williams' position that any changes to the Building Regulations and guidance should provide both a sensible and practical solution. However, any such changes would be easier to achieve and better accepted when companies begin to understand the true business value of physical resilience."
BSA chairman, Iain Cox, added: "Although the business community remains concerned about the cost of sprinkler installation and maintenance, it is important also to consider the benefits of increased protection against the devastating effects of commercial fires.
"There are many ‘hidden’ losses caused by fires that simply cannot be pre-empted or prevented. Such losses include interruption to business continuity and disruption to relationships with customer and supplier communities. In the event that a business is forced to close as a result of serious fire, it also creates a ripple effect on the local and national economy through the loss of jobs, and reduced contribution to GDP."


The Chief and Assistant Chief Fire Officer's Association (CFOA) contested that it has a policy to let fires extinguish naturally if they don't present threat to life.
Ben Ansell, ACFO for Dorset, said: "We certainly do not want to allow warehouses to burn to destruction and will always try to extinguish fires. However, we are constrained by legislation to the extent to which we can commit firefighters to protect buildings which are empty. CFOA believes that sprinklers are the best way to fight fires in warehouses.”
Buckinghamshire Fire & Rescue Service supported the launch of the first national Fire Sprinkler Week, and highlighting the role played by sprinklers, by releasing pictures of last month’s warehouse fire in Newport Pagnell.
The Government says
Statutory guidance in Building Regulations: Approved Document B Table 12 (page 74) sets out maximum dimensions for un-sprinklered buildings and / or compartments in buildings.  The guidance sets a maximum floor area for an un-sprinklered single storey warehouses as 20,000 square metres, but there are also restrictions on the height of the building.

There are additional provisions for multi-storey buildings.

Approved Document B contains further guidance on the use of sprinklers - http://www.planningportal.gov.uk/uploads/br/BR_PDF_AD_B2_2010.pdf

The onus is on the person responsible for the building to prove that the fire protection measures that they have installed are as good or better than sprinklers, where the statutory guidance specifies sprinklers should be used.
The fire, which broke out on 15 January and caused a plume of smoke which could be seen for miles around, quickly destroyed the Coolectric building.

The warehouse did not have sprinklers fitted.

"The good news was that the building was safely evacuated when the fire broke out and no-one was injured, and that fire safety engineering designed to give added protection to the adjoining office accommodation did a thorough job. But we believe that more could and should be done to protect businesses against the devastating effects of fire.

"Controlling a fire as it starts is better than repairing the damage after it has spread. Insurance covers some of the financial burden, but the impact from fire loss is far-reaching, and tackling a fire at its earliest stages is vital for the well-being of people, properties, the environment and the economy.”

The fire service highlighted research showing warehouse fires cause a direct financial loss to businesses in England and Wales of £232 million a year.