Major investment in facilities from Jungheinrich

Jungheinrich has invested in its European operations with a new manufacturing facility, new spare parts operation and a restructure of its Logistics Systems business. 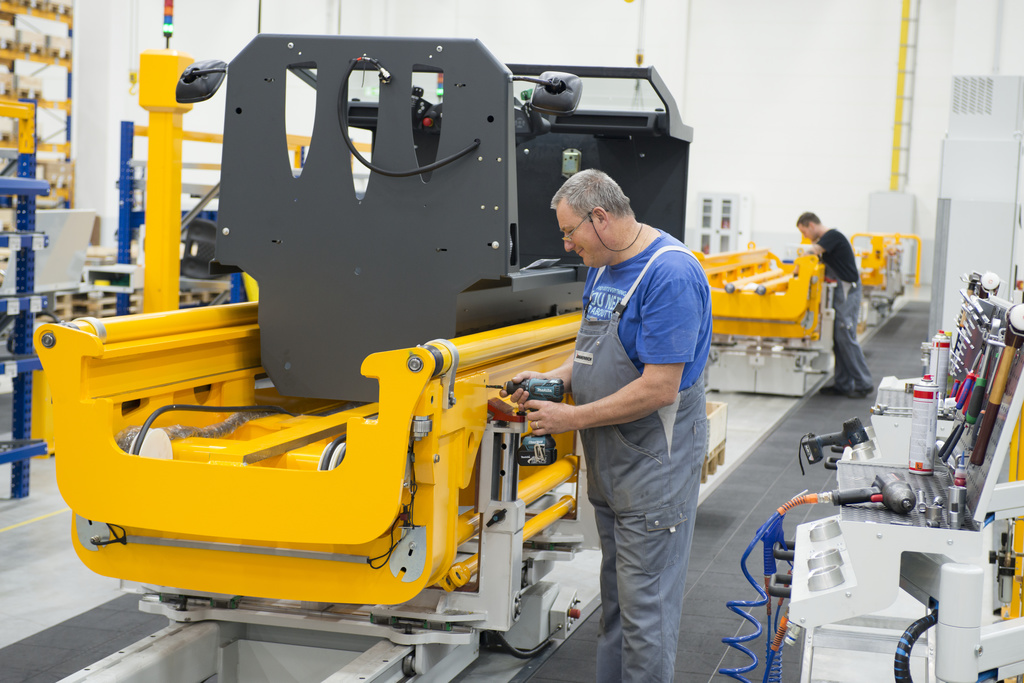 Jungheinrich invested 40 million euros in its new production facility in Degernpoint, Germany to make trucks for warehouse and systems applications. The plant is close to the company’s core factory in Moosburg.

The new plant had become necessary after the Moosburg plant reached the limits of further expansion.

The production area measures over 23,000 square metres of floor space, with capacity to produce more than 3,000 warehouse and system trucks annually.

The trucks produced at the new location are used by clients worldwide. Jungheinrich is anticipating an annual market growth of up to 15% in the systems sector, particularly in the growth markets of Asia, Eastern Europe, the Near East and South America.

To help meet this demand, Jungheinrich has consolidated its Logistics Systems Business into a single unit, concentrating its competence in a single, unified structure. Employing more than 600 staff around the world, the Jungheinrich logistics systems division achieved annual revenue of approximately €286 million in 2012.

Jungheinrich set up the new logistics division at the beginning of the year, operating under the name of Jungheinrich Logistiksysteme. Based in Moosburg, the new subsidiary brings together the previously separate divisions of Logistics Systems and Warehouse and System Trucks.

Jungheinrich Logistiksysteme GmbH includes the departments of Sales, Finance and Engineering, and will run the firm’s worldwide activities from its Moosburg base. Richard Brandstetter (49), previously Head of the Logistics Systems division at Jungheinrich, has been appointed the new Director of Sales as well as General Manager of the new subsidiary.

"This step means we can consolidate our logistic systems expertise into a single organisation and position ourselves even better in the marketplace as a provider of complete intralogistics solutions,” explains Brandstetter.

In September Jungheinrich also opened a new spare parts centre in Kaltenkirchen, Germany. In its capacity as a systems integrator, Jungheinrich completely designed and built the central warehouse, based on a new logistics concept featuring optimised spare parts management. The WMS and control technology were also provided by Jungheinrich.

Following an 18-month construction period the central spare parts warehouse and spare parts management division was moved from its previous location at Norderstedt to the new spare parts centre in Kaltenkirchen in mid-August. The investment volume for this major project ran at around €35 million. Located on some 65,000 square metres of land, the new facility features 20,000 square metres of storage space including a 31-metre tall high-rack warehouse and over 65,000 warehouse items stored in 110,000 storage slots.

The warehouse has an output of up to 1,000 list items per hour, enabling it to deliver spare parts to three different time zones – America, Central Europe and Asia.

"This means Jungheinrich is setting a new standard in spare parts logistics, consolidating its competitive advantage in the spare parts business and expanding its spare parts availability rate to over 98 percent for its globally active clients,” explains Dirk Schulz, head of After-sales Service for the Jungheinrich group.