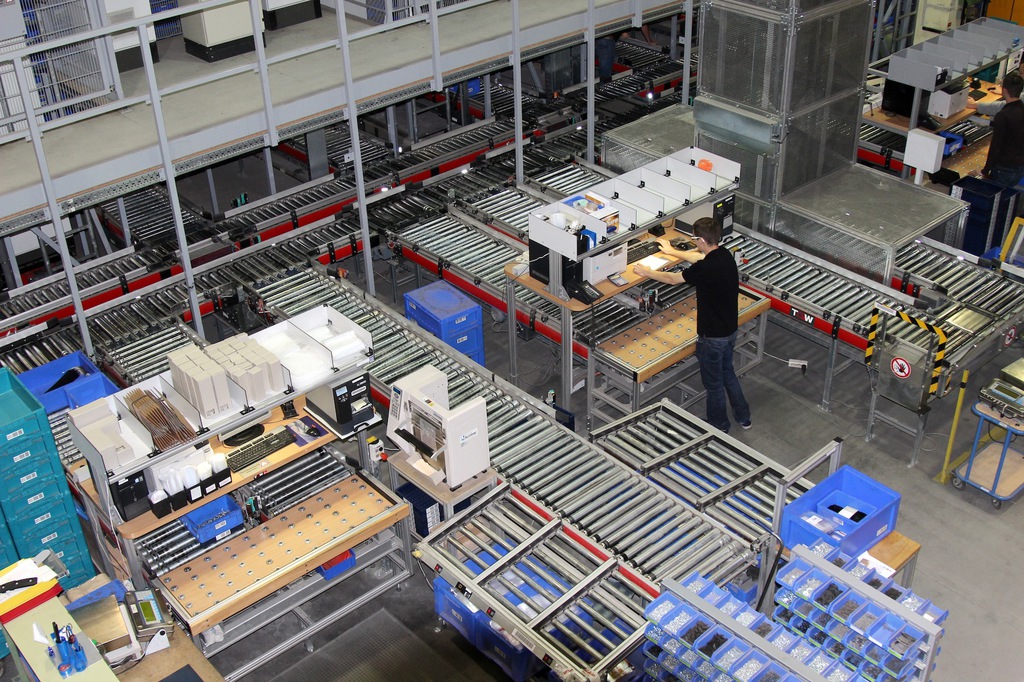 Mafell already had a TGW automated mini-load warehouse with two aisles, dating from 2007, but an extension was need to cope with changing production stock composition and future growth.

The existing automated mini-load warehouse was connected to the picking workstations via a conveyor loop. TGW implemented an additional aisle creating a further 8000 tote storage positions on 20 levels along with an additional TGW Mustang mini-load automated storage & retrieval machine with a TGW Combi Telescope load handler.

The TGW Commander controls, the tote scanner on the load handler and the interface to the existing controls, is a new development by TGW.