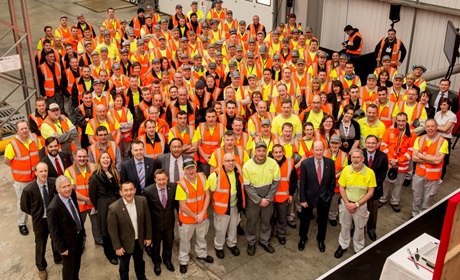 The 34‑metre high facility is designed to hold and automatically move 30,000 pallets. The new facility doubles the site's storage capacity allowing all manufactured products to be delivered to customers directly, saving approximately 500,000 road miles by HGV trucks per year.

The opening coincided with the Coca‑Cola Enterprises celebrating the 25th anniversary of its Wakefield factory. It has surpassed £100m in investments at the facility in the last five years.