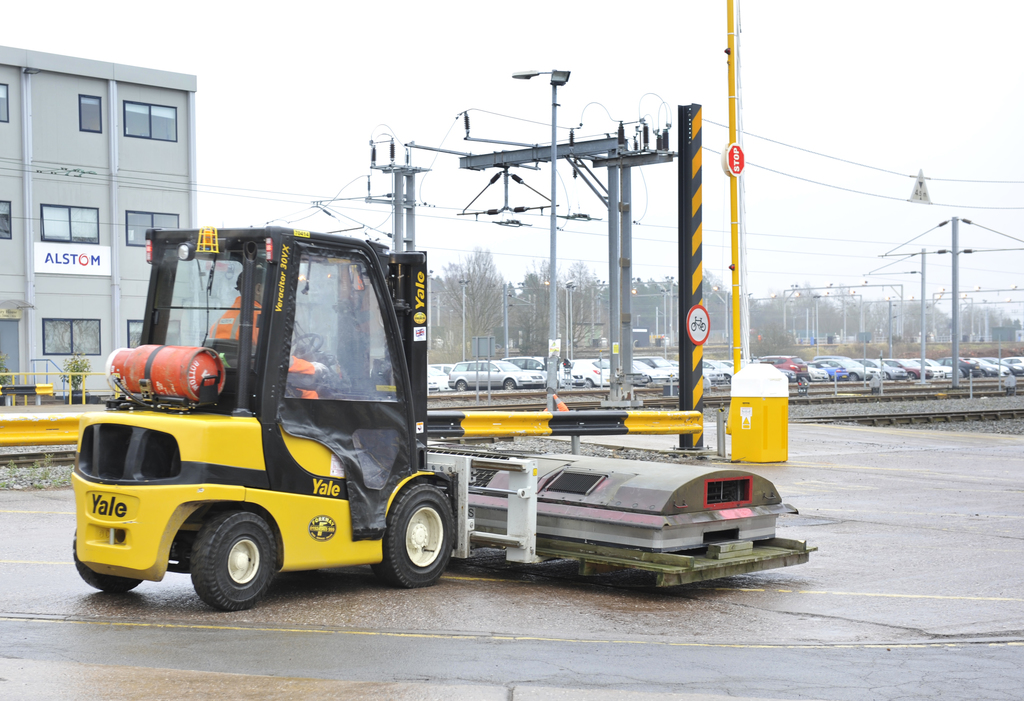 Yale brand manager, Steve Ridgway, believes that in today’s environment where operational costs and safety are increasingly becoming major considerations anyone responsible for a materials handing fleet should seriously investigate how beneficial fleet monitoring could be to their business.

They should weigh the benefits from reduced operational costs and increased residual values as well as possibly contributing to improving safety in the workplace against initial acquisition costs which too often is the primary consideration in the purchasing decision.

He says: "At Yale we have developed the Yale Vision Wireless Asset Management system which is designed to track performance data through wireless technology. This contributes to increasing the optimum performance of a truck while helping to reduce expensive damage repairs and maintenance costs.

"One of the main benefits is more effective utilisation of the fleet. Companies that invest in a telemetry system like Yale Vision soon identify that equipment within their fleet can be under-utilised whilst other equipment remains in use for far longer periods. This can lead to increased maintenance and service costs and in some cases additional financial implications as a result of out of contractual operating hours.

"Yale Vision not only enables a more even utilisation of a fleet, it also leads to improved residual value across the fleet as a result of the company not having had an imbalance in its fleet deployment.”

The Yale Vision Wireless Asset Management system offers a host of benefits, all of which provide tangible cost savings to the business.

Three different levels of monitoring functionality are available with operator access and verifications to suit the application. Yale Vision can link to existing Wi-Fi resources or use cellular signals for wireless data communication.

The system can also record equipment impacts with notification by email, which are automatically logged, making it easier to review event histories and calculate the cost of potential damage.

Steve continues: "Companies who have implemented Yale Vision have seen an increase in operator accountability, which has led to an improvement in operating behaviour. The benefits have been reduced damage to both equipment and stock.

"Furthermore fuel costs have also been reduced as a result of the idle shutdown feature which automatically powers the equipment down after a pre-determined time if the equipment is left idling or unattended.”

• Event reporting and logging based on CAN-Bus gathered information.

A survey into the industry’s approach to fleet monitoring has found that many operators, owners and managers are not carrying out any evaluation of their materials handling fleet or are using inaccurate or incomplete information although they recognise the potential benefits to their business.

In the industry-wide survey, conducted by materials handling equipment manufacturer Yale Europe in conjunction with Handling & Storage Solutions magazine, more than 40 per cent of respondents said they did not monitor their fleet at all and less than half of respondents recorded which operators used each individual truck – 41 per cent – and fewer than 18 per cent monitored fuel usage or energy costs.

Significant savings can be made in the cost of operation by managing truck utilisation across a lift truck fleet as well maintaining a higher end of term value. However only 30 per cent of respondents monitored how long each truck was operational and only ten per cent were using a comprehensive automated digital fleet monitoring or telemetry system.

Surprisingly 56 per cent of respondents were either unsure or did not believe that the ability to monitor their lift truck fleet and receive reports on for example utilisation, productivity, event history such as damage and impacts, and site regulation violations could be a benefit to their business.

Most important was recognition by 70 per cent of respondents that safety could potentially be improved through effective fleet monitoring. Based on the research this alone should be considered a major driver in specifying a telemetry system when acquiring new materials handling equipment or fitting to existing fleets of equipment.