Van traffic is predicted to rise at twice the rate of cars and almost double by 2040, the Freight Transport Association has said in The Logistics Report 2014. 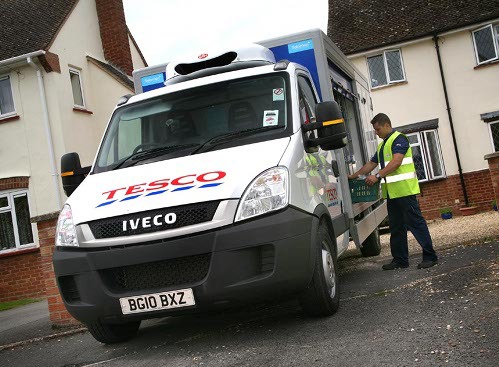 The FTA says the increase in online shopping and consequent home deliveries goes some way to explaining the rise in van use in recent years.

The UK B2C parcel market, including all deliveries and returns, is due to grow by 4.8% a year. PricewaterhouseCoopers (PwC), who supported FTA in compiling the report, predicts that home delivery volumes will increase by 3.7% per year to 2018; with over 1 billion parcels expected to be home delivered in 2018.

Clothing and footwear is the largest and fastest growing category of parcel home deliveries and will grow by 8.8 % per year to 29% of the total in 2018.

Parcels returns are growing faster than deliveries at around 10% a year.

The number of light commercial vehicles (goods vehicles up to 3.5 tonnes gross vehicle weight) registered in the UK has increased by 29% over the past 10 years to 3.28 million.

Aside from online retail, the FTA said a number of factors are likely to have had an impact on this trend:

• more deliveries of critical importance that cannot be stored;

The Report continued: "One articulated lorry can carry as much as up to 10 vans, so there are potential implications for kerbside delivery space and congestion arising from any shift towards smaller vehicles.”

The FTA also concedes it is difficult to pinpoint the exact relationship between eCommerce and van usage, as Click and Collect methods grow in popularity.

According to PwC, while B2C home delivery is likely to remain the largest segment of the UK parcel market from 2013–18, Click and Collect and B2C returns will have the highest forecast growth over the period.

PwC estimates that Click and Collect parcel volumes are currently around 7% of B2C parcel deliveries and are set to grow at 11.7% per year to 2018.

‘Parcel shops’ and other third party collection points are currently only a small part of the B2C parcel market (around 1 to 2%) but are growing.


The PwC UK Total Retail Survey was included in the results.

The Logistics Dashboard brings together a range of over 50 indicators that give different perspectives on logistics and the performance of the wider economy.

The moderately improving UK economy is reflected in the 2014 edition of the logistics dashboard, which captures the impact of the green shoots of recovery in the UK, and the early signs of an end to the Euro Zone recession.

Goods vehicle operator licences were down 15% in 2012, compared to the onset of the recession in 2008. The number of van licences was marginally up, by nearly 1% year-on-year. New HGV registrations are just 2% below their 2008 level, having decreased up until 2012.

Since then they have increased for 2 years running by 6% and 23% respectively. Road transport operator profit margins recovered to around 3% in 2013, compared to 1% for the previous year.

The price of oil has hovered around $110 per barrel (bbl) for the past three years, resulting in little change to the high pump price for a litre of fuel.

Improvements in the Euro Zone saw unaccompanied trailer movements rise in 2013 by 5% compared to 2012.

However, the after effects of the European economic crisis saw a reduction in port traffic and stagnation in air freight traffic in 2013 compared to 2012. Domestic intermodal rail has decreased slightly by 2.5%, down to 6.2 billion tonne kilometres in 2013, and goods moved by rail grew by 4% over the same period.

In terms of compliance, there was a decrease in detection of incidences of overloading and drivers’ hours infringements but a small increase in roadworthiness prohibitions in 2012. HGV and van failure rates both decreased marginally. Safety shows a mixed picture with workplace accidents reported down by 29 per cent but road casualties linked to HGVs up by 1% year-on-year.